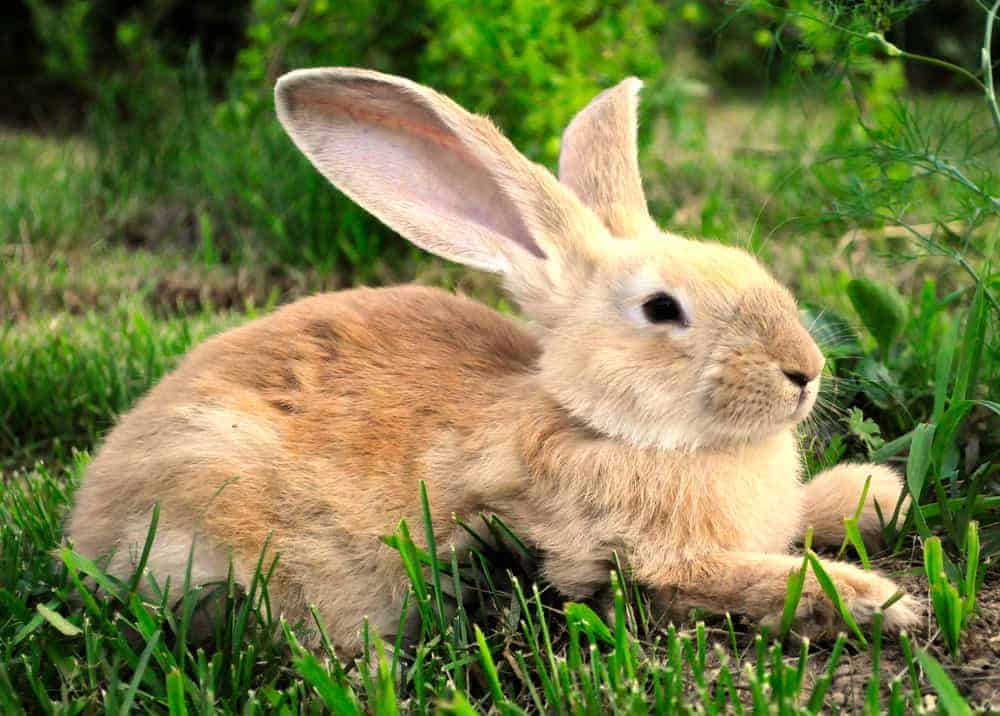 Rabbits are familiar to people around the world and have been for about as long as there have been people to see them.

While once, they may have represented little more than a convenient source of food, with time, they have acquired deep and complex meaning.

For anyone who wants to learn more, in this post we talk about rabbit symbolism and what they have signified to various cultures at different times in history. 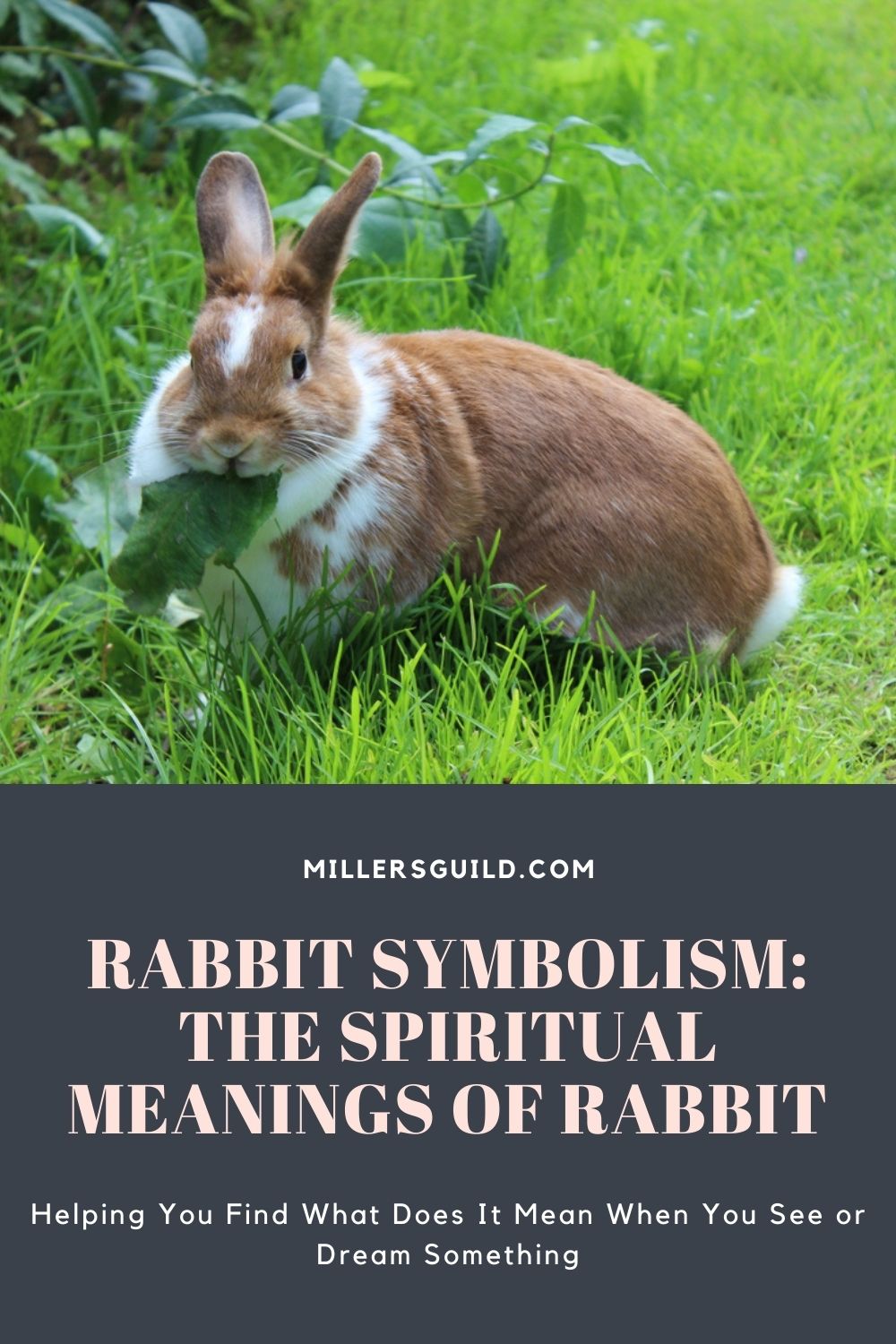 what do rabbits symbolize?

Before we talk about the symbolism rabbits have according to various traditions, let’s think about the characteristics of rabbits that have given rise to their symbolism.

When we imagine a rabbit, probably the first thing we think of is speed. Rabbits are a favorite prey animal for many predators, and they have no other defense than being extremely fleet of food to outrun animals that want to make a meal of them.

This lack of defense means we associate them with innocence, gentleness and vulnerability. They can be seen as representing peace since they would rather run than fight – but this means they can also represent cowardice.

As well as this, they are appreciated for their endurance, which is why they have been chosen to represent the products of certain manufacturers of batteries.

The other characteristic of rabbits is their tendency to breed prolifically, so they are often associated with abundance and fertility. Since they are most commonly seen in springtime, they are also associated with this season and the idea of rebirth that comes with it.

If we also include the closely related hare, we also encounter strong associations with springtime – as well as an association with madness. In England, the expression “mad as a March hare” is well known and refers to their erratic behavior at this time of year.

Finally, bunnies are undeniably cute, which is why they are popular pets – and also why they are so common as characters in many children’s stories where they combine this cuteness with some of the other characteristics associated with rabbits.

Rabbit symbolism according to various cultures 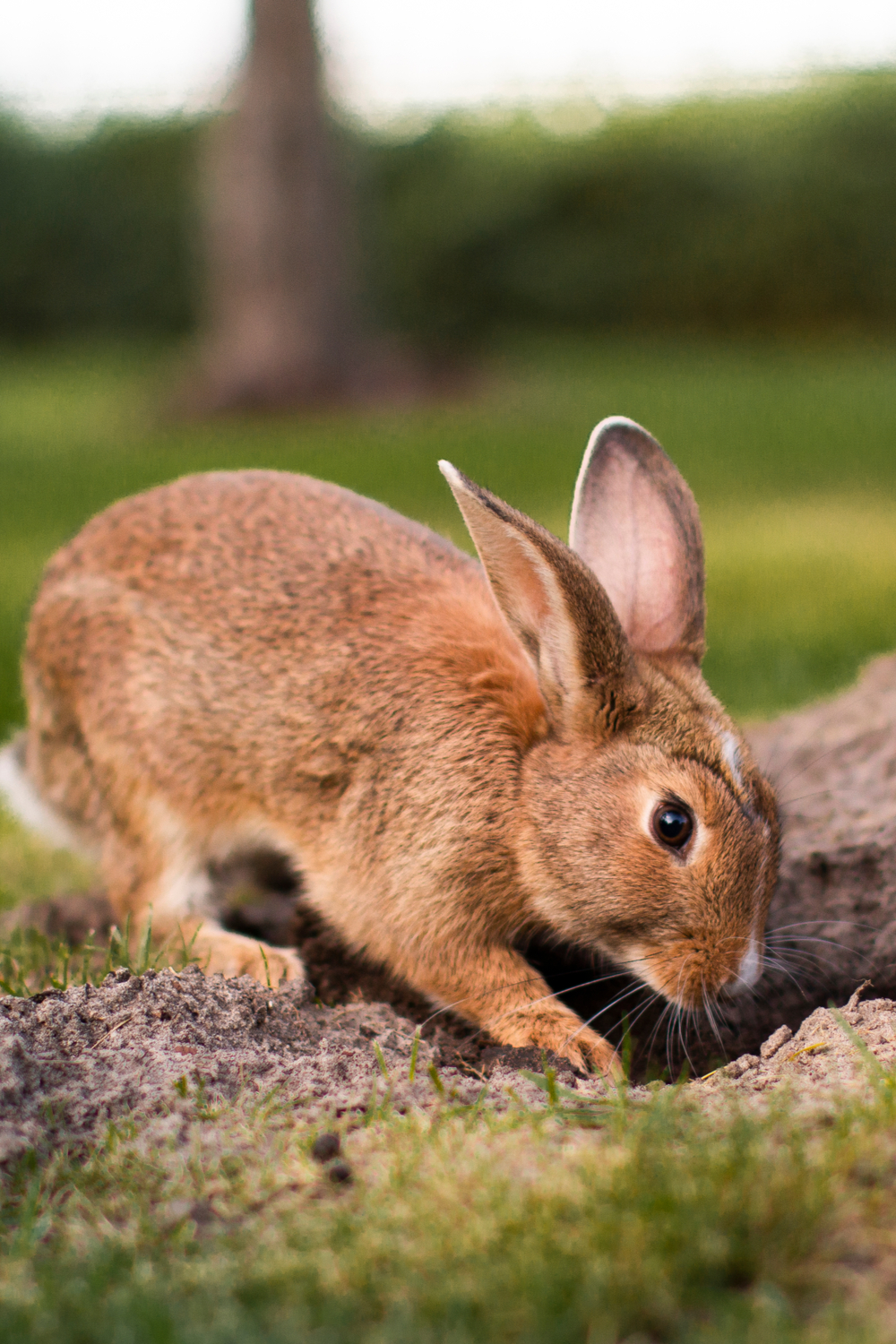 Rabbits and hares are found in almost all parts of the world, and it is no surprise that such a distinctive and charismatic animal has come to acquire deep symbolism for a range of peoples around the world, so let’s look at this now.

The tribes of North America have varying traditions and beliefs, but animals and the natural world are almost universally seen as having great significance – and rabbits feature prominently in the culture of many Native American peoples.

Rabbits are often seen as tricksters or sometimes shapeshifters, usually benign rather than wicked, and often with the ability to outwit their enemies through their quick thinking.

They appear in the myths and folktales of several tribes, including:

According to the Ojibwe and other related tribes – including some Canadian First Nation peoples – the god named Nanabozho was a shapeshifter and trickster who also played an important role in the creation of the world.

According to some versions of the story, he most often took the form of a rabbi – when he was known as Mishaabooz, the “Great Rabbit”.

He was responsible for naming all the plants and animals, he taught men how to fish and hunt, he was the inventor of hieroglyphs and he was also responsible for founding Midewiwin, the “Great Medicine Society”.

For the Cherokee, the rabbit was a mischievous trickster, but he often learned the lessons from his escapades.

One story tells of how the rabbit came to have such a lovely coat but no tail.

Once, the animals had to discuss an important matter, so they called a meeting. However, the otter didn’t want to attend.

The rabbit said he would persuade the otter to come to the meeting, so he set out to find him. When he came across the otter, he told him that the animals needed to make an important decision and that the vote was tied. This meant the otter’s vote would decide the outcome.

The otter agreed, and they set off. When night fell, they stopped for a break, and the sky was filled with shooting stars. When the otter saw this, the rabbit told him it was common for stars to fall from the sky and start fires.

However, he needn’t worry because the rabbit would stand guard, and if a star fell nearby, he would shout “fire!”, and the otter would be able to jump into the river to save himself.

The otter agreed to this, but the rabbit also advised him to take off his coat and hang it on a tree before he went to sleep so if a fire started, he would be able to get away quicker.

Later, when the otter was sleeping, the rabbit shouted “fire!”, and the otter ran off and jumped into the river. The rabbit then stole his coat and went to the meeting dressed as the otter.

However, the animals at the meeting saw that it was the rabbit, and the bear became so angry at this duplicity that he took a swipe at the rabbit with his great claws.

The rabbit was too fast and managed to escape – but the bear’s claws caught the back end of him and cut off his tail.

To the southwestern tribes, the rabbit was a trickster character, but he was also the symbol of fertility, rainfall and prosperity.

Some tribes had a myth about a flute player named Kokopelli who was often depicted in petroglyphs as a flute-playing rabbit.

Kokopelli was also associated with fertility, rain, prosperity and abundance. It was thought he would sometimes come to villages to impregnate the women, and at other times, he would help the men to hunt.

The Aztecs believed in a pantheon of 400 rabbit gods called the Centzon Tōtōchtin who were ruled over by Ometochtli, “two-rabbit”. These deities were best known for meeting together to hold great drunken parties.

The Aztecs also had a story that explained why the Moon seems to bear the image of the rabbit.

One day, when the god Quetzalcoatl wanted to explore the world of men, he took the form of a man and came down from the heavens.

He was so amazed by what he found that he forgot to rest until he was completely exhausted.

Finally, he sat down on a log, and a rabbit appeared. The rabbit said he looked hungry and asked if Quetzalcoatl would like to share his food.

The god replied that he was very grateful but that he only ate meat, to which – even though he didn’t realize he was talking to a god – the rabbit replied that Quetzalcoatl could eat him.

The god was so impressed by the rabbit’s selfless generosity that he retook his godly form and placed the rabbit in the Moon to remind everyone forevermore of the rabbit’s generous act.

As in many cultures, to the Ancient Egyptians, rabbits symbolized spring and rebirth. They also had a deity named Unut who was sometimes depicted as having a hare’s head and a woman’s body.

In Central African folklore, the rabbit appears as a trickster character.

The African-American tales of Brer Rabbit are also thought to have origins in the African continent, and several versions exist of a talking rabbit that is able to outwit his enemies through his intelligence and quick thinking.

The Germanic peoples believed in a fertility goddess named Eostre who was associated with spring and rebirth. She was often depicted with rabbits, and this pre-Christian imagery is partly why rabbits have now become associated with Easter.

In Chinese folklore, Chang’e was a beautiful maiden who drank an elixir of immortality and floated up to live on the Moon. Her companion was said to be a rabbit, which is why we can see the image of this animal on the Moon.

In the Chinese zodiac, one of the signs is a rabbit. People born in a rabbit year are thought to be elegant, kind and approachable.

In Japan, rabbits are seen as a positive symbol of good luck, and they are also connected to the Moon.

According to Japanese tradition, rabbits live on the Moon, where they are busy all the time making mochi, a Japanese snack based on rice.

The Japanese also tell a story that is strikingly similar to the Aztec tale of Quetzalcoatl.

In the Japanese version, a deity comes down to Earth from the Moon and a rabbit offers himself as food. The deity doesn’t eat the rabbit but instead takes him back to the Moon to live with him.

Koreans also have a story about rabbits living on the Moon. However, according to the Korean version, the rabbits there make tteok, a type of Korean rice cake.

In the US, the rabbit is seen as a crafty and cunning character that is able to outwit his enemies rather than defeat them physically. This can be witnessed in the stories about Brer Rabbit, and more recently in the character of Bugs Bunny.

The Brer Rabbit character is most closely associated with the African-American community, and it is thought that he originally symbolized the struggles of Black slaves fighting against their White masters through cunning rather than direct confrontation.

As we have already seen, Brer Rabbit was probably inspired by characters from folk tales from Africa.

In Europe, it was believed that carrying a rabbit’s foot as an amulet or talisman could bring good luck. Sometimes, specific details about how the rabbit was killed could add to the power of the charm. These beliefs also appear in various other parts of the world.

However, on the Isle of Portland off the coast of Dorset, England, rabbits have very different connotations.

On the island, rabbits are thought to be so unlucky that older residents won’t even say the word, preferring to refer to the animals as “long ears” or other similar euphemisms instead. 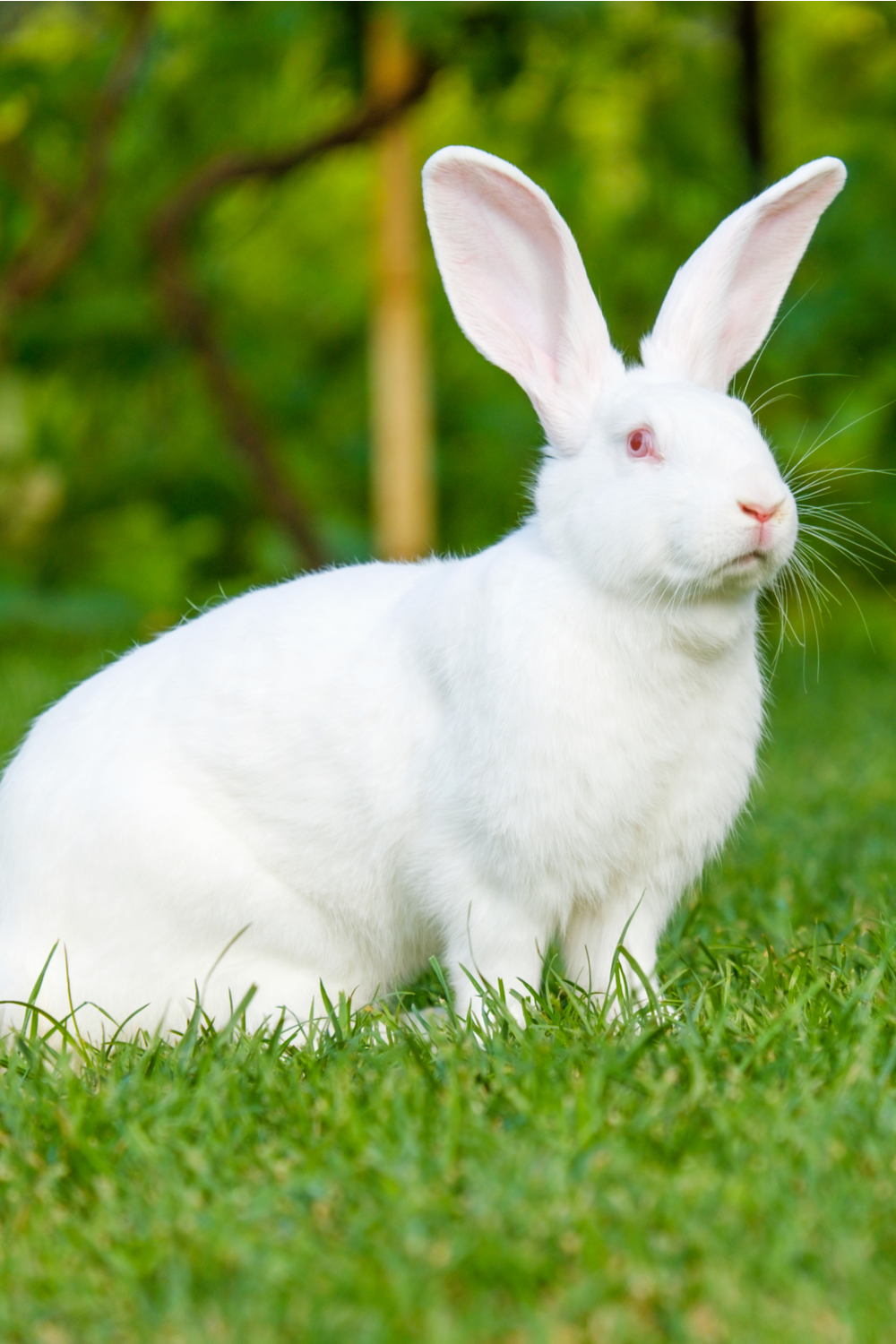 An interesting rabbit symbol that is not fully understood is common to Buddhism, Judaism and Christianity. It features three hares seemingly chasing each other in a circle, and it is first known from the Buddhist Dunhuang Cave on the old Silk Road in China.

From there, the symbol seems to have spread along the Silk Road and into Europe and shows up in places as far away as England.

Possible interpretations include the cycles of the Moon or the circle of life. It has also been suggested that the motif is related to fertility, which would fit with the common symbolism of rabbits and hares around the world.

The number three is one of the most spiritually significant and is also found in a whole range of contexts. When the Three Hares symbol appears in a Christian context, we can assume it has something to do with the Holy Trinity of the Father, the Son and the Holy Spirit.

When seen in a Buddhist context, the Three Hares are thought to represent the ever-spinning Wheel of Dharma.

Like in many traditional beliefs, they are seen as symbolizing fertility, but they can also represent new beginnings. This is mainly due to their association with springtime and rebirth – which harks back to many other far older beliefs.

They are also associated with sensitivity and awareness, both emotional and spiritual, due to their long ears, their sensitive noses and their eyes that are placed on the side of their head, giving them near-360° vision.

An animal with a range of meanings

As we have seen, rabbits have had different meanings to various peoples around the world, but they are almost all positive.

They have represented things like good luck, fertility, vulnerability and innocence, and they have featured in a whole range of myths, legends folk tales and children’s stories wherever they are found. 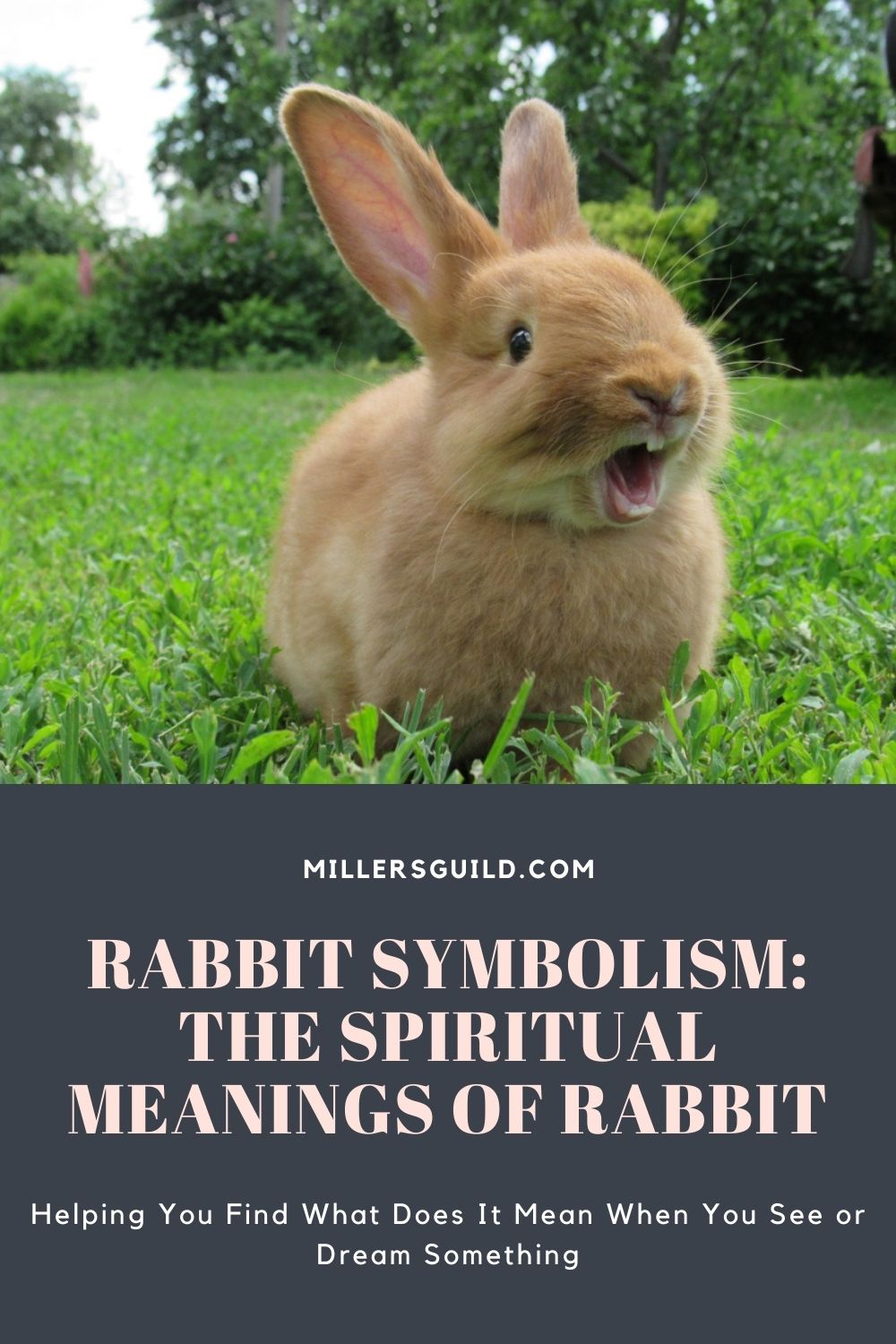