Of all the shapes, the circle is the most perfect and perhaps the most profoundly spiritual. It’s a shape that has intrigued people of many cultures around the world, and it still holds a deep fascination to this day.

For those who want to learn more, in this post, we discuss the full range of circle symbolism – as well as discussing some of the most common images that feature circles – to help you understand everything you need to know about this mystical and divine shape. 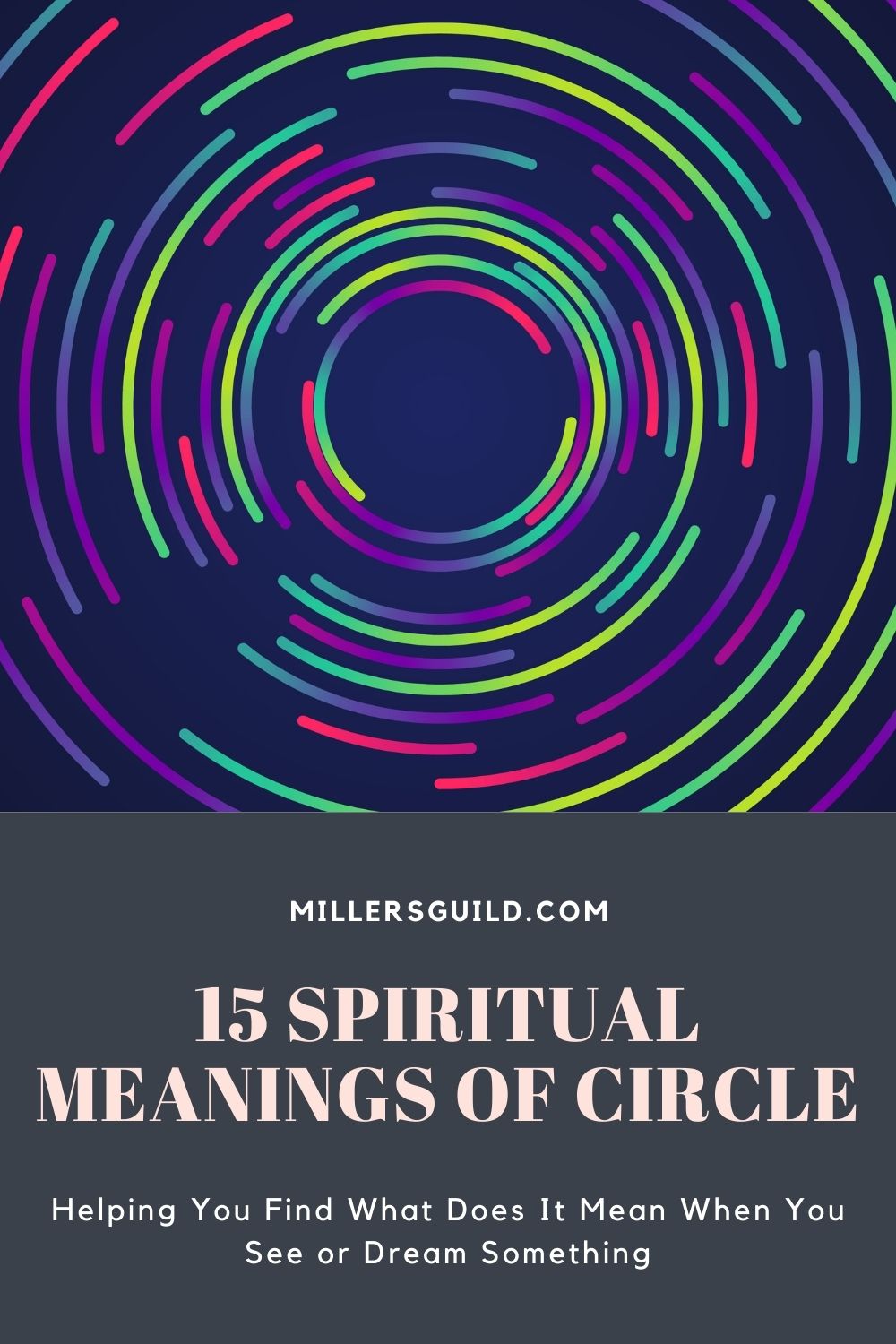 The history of the circle

The circle has been known to man since the dawn of time, and even the most primitive cavemen would have been familiar with the shape from looking up into the skies and seeing the sun or the moon.

Furthermore, circles can also appear in nature, for example through the action of a blade of grass being blown around in sand.

There’s something undeniably mystical about circles, and people from even the earliest cultures were fascinated by them.

Furthermore, they also featured prominently in early sciences including geometry, astrology and astronomy – back then, science and the concept of the divine were considered to be closely linked, and the circle was related to both.

The unique properties of the circle

So what is it that makes the circle such a special shape? And why has it fascinated people for as long as people have existed?

To many philosophers, circles are the most perfect shape. They have no beginning and no end, and the distance from any point on the circumference to the center is the same as any other.

All circles are similar, which means the circumference and radius are proportional in any circle, and the area inside a circle and the square of its radius are also proportional.

As we will see later, circles can also be combined to create a wide range of visually striking and seemingly mystical patterns.

For all these reasons then, it’s unsurprising that people have attached deep spiritual and cosmic meaning to the circle down the ages.

What do circles symbolize?

Here’s a list of some of things that circles have traditionally symbolized.

As we just saw, many early philosophers saw the circle as being the perfect shape, so circles understandably came to represent perfection. They consist of a single line with no beginning and no end, and they are also perfectly symmetrical in every direction.

For early medieval scholars, there was simply something intrinsically perfect about circles – and this is something you can feel too simply by contemplating a circle or meditating on one.

Circles embody the notion of “wholeness” or “oneness” because the circle can be seen as enclosing everything within its boundaries. They also have this symbolism because, in a circle, the beginning meets the end, and nothing is lost in between.

It’s easy to understand why circles represent eternity since they have no beginning and no end, instead just continuing forever.

4. The cyclic nature of the universe

An important symbolism of circles is that they represent the cyclical nature of the universe, something that is repeated countless times in the natural world.

We often talk of the “circle of life”, the progression from birth to adulthood, old age and then death – and with this progression comes the birth of the next generation, continuing the circle forever.

This can also be seen in the life cycle of various insects, for example, butterflies.

Butterflies lay eggs, which hatch into caterpillars. At the end of this phase, the caterpillar then wraps itself in a cocoon and then emerges as an adult butterfly. The butterfly then lays more eggs to continue the cycle.

The cyclical nature of life on Earth is also dictated by our planet’s journey around the sun.

This brings the seasons, and the cyclical passage from spring to summer to autumn to winter and then back to spring again is another example of how everything is governed by cycles.

5. The passage of time

Just as the seasons rotate cyclically, circles can also represent the passage of time. Days pass, weeks turn into months and eventually at the end of the year, everything starts again at the beginning.

Our days, weeks, months and years measure our planet’s journey around the sun, completing one circle every year before everything starts again.

The sun itself is a circle and one that people have known since the very earliest times.

Even before the emergence of modern humans, our ancestors would have looked up into the sky and seen the sun there, bringing warmth during the day before disappearing at night – only to return the next morning.

The sun appears in the art of countless cultures and civilizations, and it is often depicted as a disc.

To give just one example, the sun was worshipped by the Ancient Egyptians as the god Ra, who was often depicted as a man with the head of a falcon and a sun disc – or circle – above his head.

7. The cosmos and cosmic unity

According to early scientists, astrology and astronomy were essentially the same discipline, and to them, the circle represented the entire cosmos.

The various celestial bodies are all circles (or as we now know, technically spheres), and the movements of planets and moons all follow circular orbits (although many orbits don’t describe anything like a perfect circle).

When we think of the zodiac, we also picture a circle divided into 12 sections containing the 12 astral signs.

This is no coincidence since the progression from one sign to the next is cyclical rather than linear, and when you reach the end, you simply start again – or perhaps it would be more accurate to say there is no beginning or end and that they just repeat in perpetuity.

8. The divine and holiness, divine symmetry

In some cultures, notably Christianity, the circle represents divinity and holiness, and in Christian art, we are used to seeing divine beings, saints and angels depicted with a halo representing their holy status.

The perfect symmetry of the circle has also been linked with the divine and can be seen repeated countless times throughout history.

For example, although the exact interpretation has never been proved, the megaliths at Stonehenge in England were deliberately arranged in a circle and were probably connected to the passing of the seasons as well as the divine.

To the people who made Stonehenge, the seasons and the divine were probably seen as being the same thing.

In Christianity as well as Islam, the circle represents the concept of monotheism.

In Christianity, God is seen as being the beginning and the end of everything – the alpha and omega – which is perfectly symbolized by the circle.

In Islam, the circle represents monotheism with God being at the center of the circle.

Circles have also represented royalty in many cultures – especially in the form of a crown, which is traditionally placed on the monarch’s head.

Circles in the form of rings have long represented the union of man and woman as rings are exchanged along with marriage vows during wedding ceremonies in many Western countries.

This practice dates back to Ancient Greece and Rome when valuable rings were first given as part of the dowry. Later, they came to represent the promise of fidelity, and this tradition continues to this day.

As well as union, circles also represent unity. When people want to express unity and togetherness, they can stand in a circle, so that everyone can see everyone else, bringing everybody closer together.

This is something that can often be seen before sports matches where the players form a circle for a team talk to foster togetherness and team spirit.

Similar to the idea of unity, circles can represent democracy. When everybody sits at a round table, everyone is equal, everybody has the chance to express their views and everyone is included.

In certain cultures or traditions, circles represent protection. For example, in certain occult beliefs, standing inside a circle can protect you from evil spirits.

In traditional Celtic wedding ceremonies, a protective circle known as a caim is placed around the husband and wife to protect them from outside influences.

Circles have been incorporated into a wide range of important visual symbols in many cultures around the world. Here are some of the most important and well known.

The yin-yang is a familiar symbol to most people. It consists of a larger circle containing the same amount of black and white on each side and with two smaller circles in the center towards the top and the bottom.

It is a Taoist symbol that represents unity, duality and the co-existence of opposing forces, creating harmony and balance in the universe.

The Ensō is a Japanese symbol consisting of a circle drawn with the single stroke of a brush. It is a symbol of Zen Buddhism that represents enlightenment, strength, elegance, the universe, and the void.

The word “mandala” comes from the Sanskrit word for “circle” and refers to a geometric arrangement that functions as a tool of spiritual guidance to help focus attention during meditation or other similar practices.

Mandalas can symbolize oneness, the universe and our spiritual journey on the path to enlightenment.

A grid of overlapping circles can produce striking patterns, and certain versions are sometimes referred to as the “Flower of Life”. At first glance, the Flower of Life seems to include a flower design, but if you look carefully, it consists only of a repeated pattern of circles.

It is an ancient symbol, and nowadays many people use this image to help with meditation in the same way as traditional mandalas.

The ouroboros, a depiction of a snake or a dragon eating its own tail, is an ancient and arcane symbol that is known from Ancient Egypt and Ancient Greece.

It has been given many meanings at different times but can be seen as representing eternity, immortality and the cyclical nature of the universe.

The oldest known depiction of a snake eating its tail comes from the Yellow River region of China dating back to around 5000-7000 years ago. However, the meaning it had to the people who drew it is unknown.

Chakras are the seven circular energy points within our bodies. Each chakra aligns with different parts of our bodies as well as different aspects of our spiritual growth and are vital to unlocking our full potential and reaching higher planes of consciousness.

The Wheel of Dharma – the Dharmachakra

The Dharmachakra – or Wheel of Dharma – is important to various Indian religions and is now often associated with Buddhism and the Buddha’s eightfold teaching of the universal moral order.

When he gave his first sermon, the Buddha is said to have set the wheel of Dharma in motion.

The labyrinth symbol is an interesting one. It features what appears to be a complicated maze within a circle.

However, since there is only one possible route that always leads you to the end, it can be seen as representing the journey of our physical and spiritual lives and our inevitable arrival at our final destination.

The vesica piscis refers to the shape formed in the middle when two circles are placed over each other with the edge of the circumference of each touching the center of the other.

It has been used to symbolize various things, including divine glory, femininity and female fertility and, due to it appearing in the center of two overlapping circles, the interface between the spiritual and the physical worlds.

A flawless shape of great power

As we have seen, circles have captivated people around the world for countless millennia, and just by contemplating a circle, it’s easy to understand why.

They represent things like perfection, eternity and the cyclical nature of the universe and can be seen depicted in the art of many different cultures down the ages. 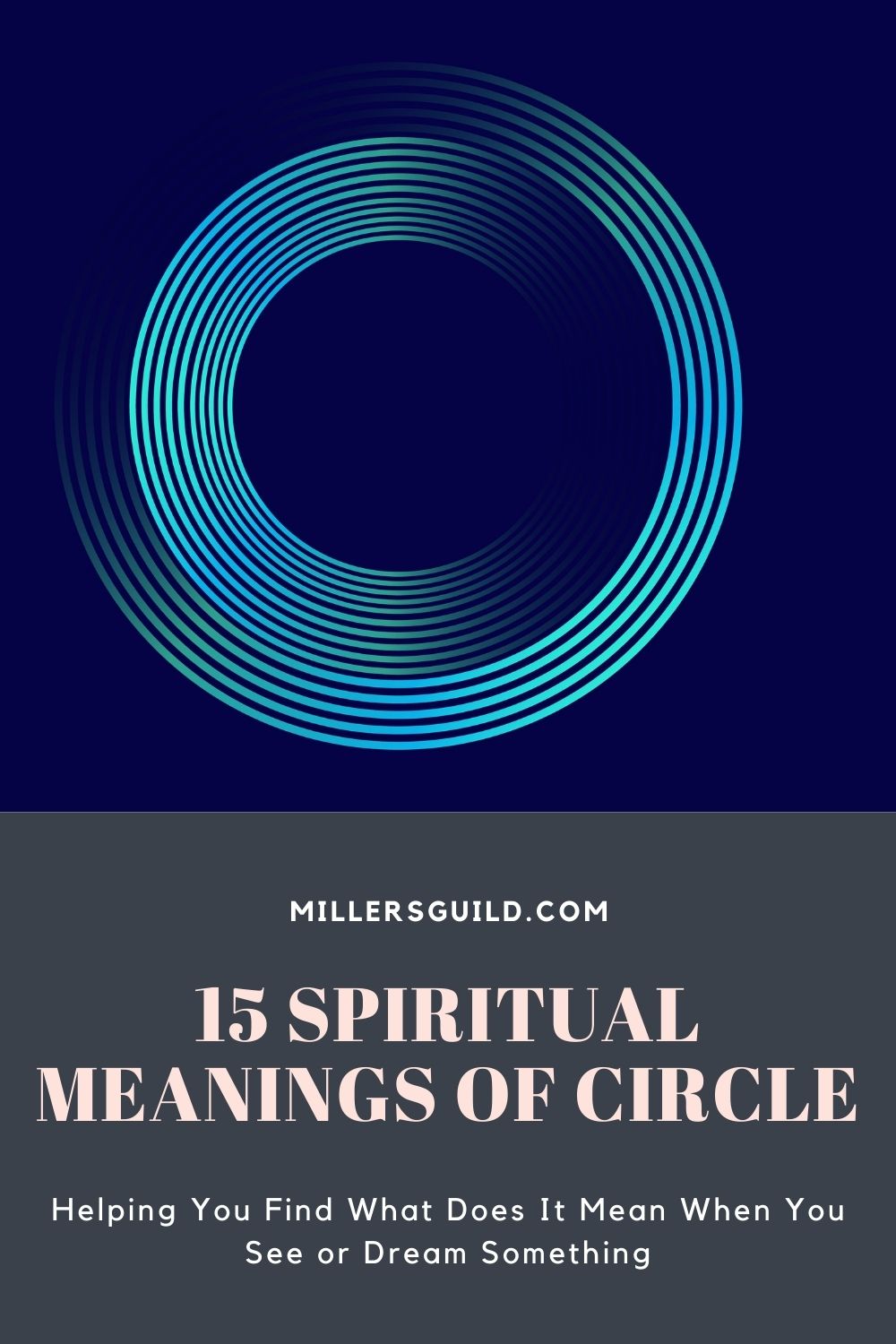