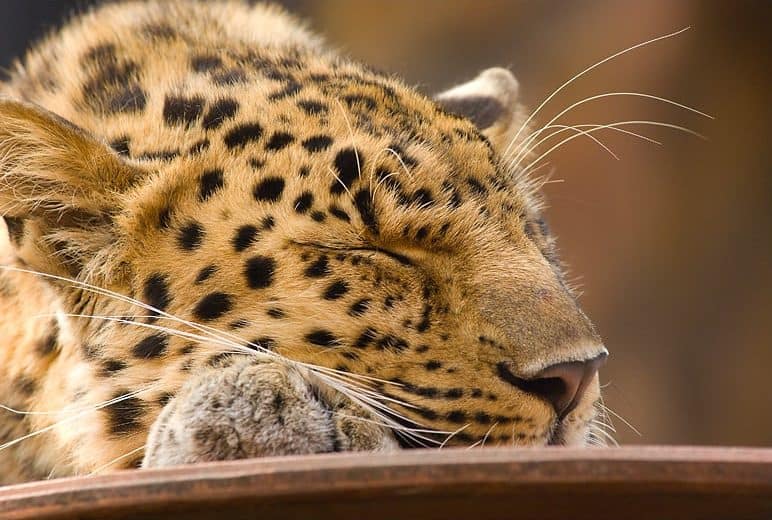 Leopards are incredible creatures with solid instincts, great strength, and exceptional endurance. They are easily identified by their spots and dark rings around their eyes. In nature, leopards are seen as one of the fiercest predators.

It isn’t uncommon for people to dream about leopards, and so, we can’t help but wonder what it means when you dream about these beautiful creatures. If you find that leopards appear in your dreams quite frequently, you might be surprised to learn that it could be your subconscious trying to tell you something. 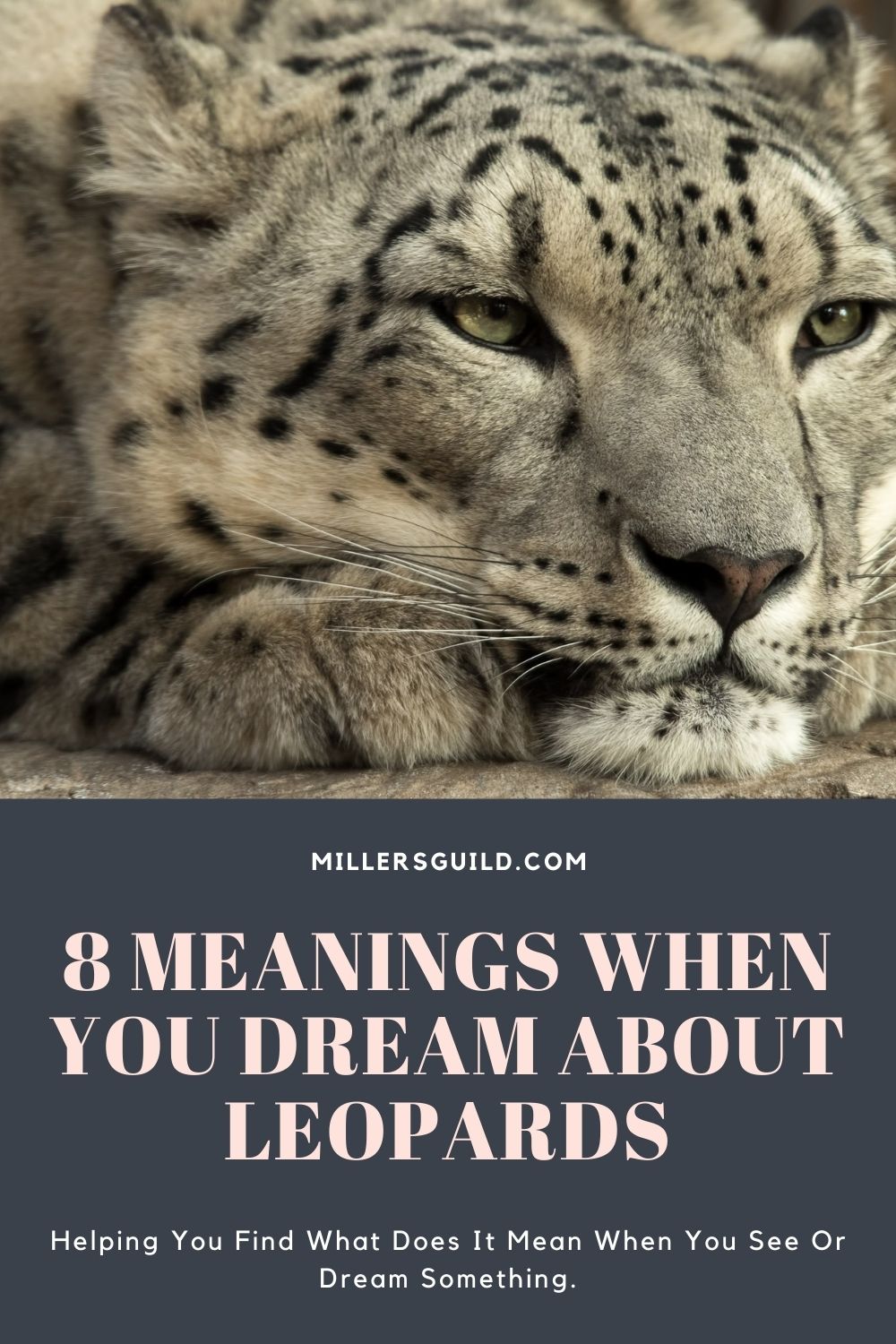 8 Meanings when You Dream About Leopards

Our dreams are most often our subconscious trying to send us a message. Dreaming about leopards, especially repeatedly, can be your body’s way of trying to portray a message to you. Leopards are animals that can’t change their spots, no matter how badly they want to. So, what would it mean if you had leopards in your dreams?

Since leopards have spots that can’t be altered, many people feel that a leopard would represent the inability to change. Here, interestingly enough, the health of the leopard plays a significant factor. Having dreams where leopards keep appearing might indicate that your mind is processing the fact that you can’t change easily.

If you see a healthy leopard that is strong and a confident hunter, your subconscious is satisfied with your traits that can’t be changed. However, if the leopard is sick, too thin, or dull, it might mean that you are finding your inability to change challenging on a subconscious level. In this case, it could be beneficial to assess which areas in your life might require change and improve those areas.

2. You are an independent, fearless person

Leopards are confident animals that stand firm and never show any signs of inferiority. Thus, having a leopard in your dream could mean that your subconscious is trying to tell you that you are a fearless individual who is succeeding in life without being reliant on others.

A leopard in our dreams could indicate that we are striving towards bigger and better things without needing help. Of course, we don’t have to take on the world alone, but taking on challenges individually is a great benefit.

3. Someone is taking advantage of you

Unfortunately, having a leopard in our dreams can often mean that we feel that someone is deceiving us somehow. If you are someone who is very trusting and kind towards others, especially those you don’t know very well, seeing a leopard in your dreams might mean your subconscious mind is warning you.

If you suddenly start seeing leopards in your dreams after meeting someone new, it could be a warning that this person should not be trusted as quickly as others. Although this might not mean that the person is bad, it is best to tread lightly until you know the person better.

Unfortunately, a leopard could sometimes indicate that your subconscious mind feels that you are too confident. You might be taking steps too quickly and taking on new responsibilities without giving them enough thought.

Seeing a leopard in your dreams repeatedly could be your body’s way to warn you to reassess your position so that you don’t set yourself up for failure. However, by taking a step back and having a more realistic view of things, you might save yourself from the discomfort of not succeeding.

5. Your emotions are under control

However, if the leopard is in a jungle, but it is aggressive and untamed, it could indicate that your emotions aren’t intact. It could be that you are going through significant changes in your life and that your subconscious mind is warning you to take better care of yourself and your emotional state.

An aggressive leopard in a familiar environment, like your home, could indicate that you feel threatened by someone close to you. But, on the other hand, it could mean that there is someone who is a threat in your immediate environment, including the workplace, your family, your friends, or your home.

Therefore, if a leopard keeps appearing in your dreams in the same familiar place, you shouldn’t ignore the message that your subconscious is trying to send to you. Instead, think about those close to you and why you would feel unsafe.

If you dream about an aggressive leopard outside your home, on the sidewalk, for example, it could mean that you are nervous about future travels. After all, traveling often comes with risks and possible dangers, so it is only natural to be anxious about it subconsciously.

If you continue to dream about an aggressive leopard outside your home, give yourself peace of mind by reassessing your travel plans. It could be that you feel uneasy about the location, the mode of transport, or the accommodation.

By looking at everything you have arranged again more carefully, you might be able to make yourself feel safer. If the dreams continue, it might not mean that you need to cancel your plans, of course, but it is a good idea to take precautionary measures if you are going somewhere that might not be very safe.

If a leopard is attacking you in your dreams, it might not necessarily mean that you have a conflict with a person. In fact, an attacking leopard could indicate that you are hoping to succeed in a different battle, such as a job interview or an exam.

In this case, the leopard represents something that is intimidating you, which could be an event, a person, or a personal situation. For example, if you have a big event coming up, it is common for these dreams to discontinue once the event has passed. On the other hand, if you are having friction with someone, the dreams might continue until you manage to solve the problem.

In most cases, people know exactly what the intimidating factor in their life is when they have dreams that include attacking leopards. This means it is easier to resolve the issue since it is pressing on their subconscious mind.

If you have dreams that include attacking leopards and you aren’t sure why it is a good idea to look at the people in your life and the events that are coming up to establish why you might be feeling this way subconsciously.

8. You are feeling defeated

If the leopard in your dream seems very quiet, withdrawn, or timid, it could indicate that you have been feeling defeated, down, or frustrated lately. Since a leopard usually is a solid and confident animal, the appearance of a timid leopard shows some discontent and unhappiness.

If you have dreams that feature a quiet leopard regularly, you might benefit from taking some time to relax and reassessing factors in your life that might make you unhappy. With time, as your happiness improves, you’ll find that these dreams become less frequent.

The meaning of the colors of leopards in dreams

Ｍost commonly, people will dream of leopards in their traditional colors. However, it isn’t unheard of for people to dream of leopards that have different colored fur. Therefore, the color of a leopard in your dreams could also carry significant meaning.

For example, a white or snow leopard could mean that you are feeling that your enemy is pretending to be your friend. In this case, your subconscious could be trying to warn you about a possible betrayal in the future. The motivation of this person is to get close to you. On the other hand, it could be envy, so it is important to be level-headed when interacting with that person.

A blue leopard could indicate that you feel much better than before and that a period of melancholy is over. On the other hand, an utterly black leopard could mean feeling overwhelmed or apprehensive about something or someone.

Our dreams are fascinating because they can share secret messages from our subconscious minds. Although most dreams aren’t cause for concern, a reoccurring dream might be a clear indication that something is on your subconscious mind. In that case, it is worth it to investigate the possible meanings behind the leopard in your dreams. 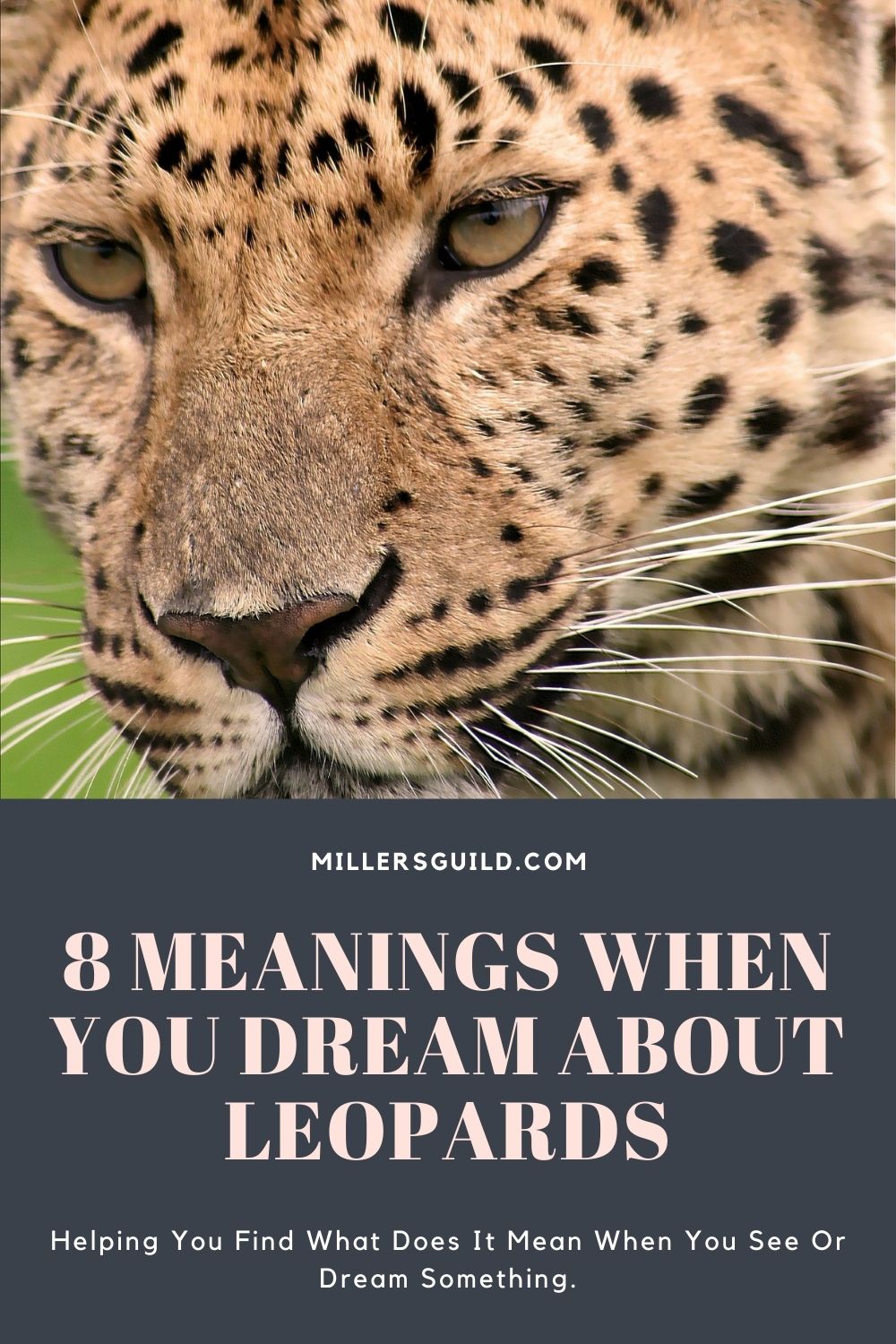 10 thoughts on “8 Meanings when You Dream About “Leopards””