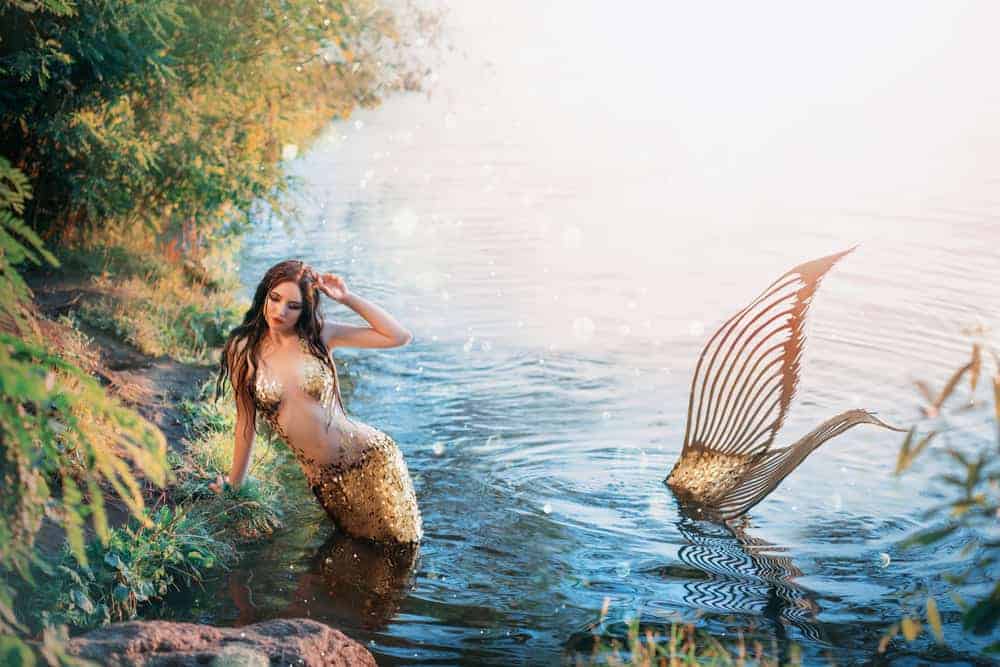 Among many mythological creatures that exist in human minds, imaginations, and folklores, mermaids have a special place in most of our hearts. From children to many adults, many wish that these magical creatures exist in real, don’t they? We do too!

So, if you’re someone who believes in mermaids and the influence these mythical sea-dwelling creatures can have in our lives, you’re at the right place! We’ve included many mermaid symbolisms and their dream interpretations in this post. Let’s get started! 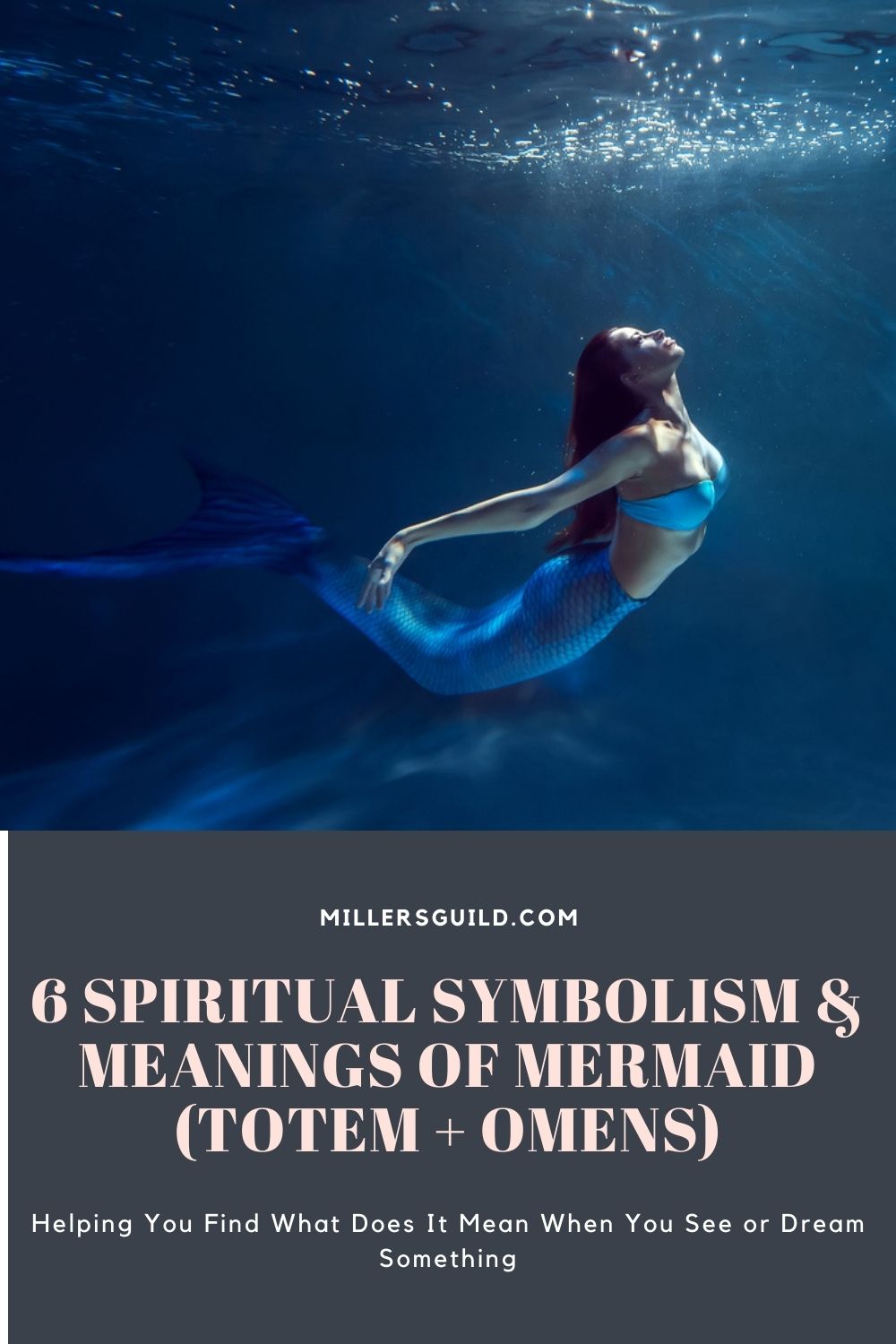 What Does A Mermaid Symbolize?

Mermaids are believed to be headstrong creatures. They pave their way in the wild waters and swim along merrily. Mermaids cherish the freedom of the sea and refuse to be caged by anyone. In fact, there are many tales that depict mermaids rebelling against their own and following their hearts.

Mermaids are mischievous. They fall in love and enjoy their youth in the blissful wild waters of the sea. Enjoying with their own kinds, playing hide and seek in the caves, and playing innocuous tricks on sailors, mermaids are known for their playful spirits.

While mermaids cannot exclusively be feminine, they are often depicted as strong sacred females. This notion is believed to be influenced by Greek mythology goddess Venus, the goddess of love and the ruler of the sea Amphitrite.

This symbolism of mermaids is quite controversial. While in many cultures, mermaids are believed to bless humans with fortune and good luck, many see mermaids as seductresses who tempt sailors off their course.

However, in many cultures, only evil-minded people with negative intentions are believed to be tortured by mermaids.

Mermaids are believed to appear to only those with kind hearts and intentions. In some tales, they are also known for predicting the weather, future and granting wishes of pure-hearted individuals. Thus, mermaids are thought to be wise and insightful mythical creatures.

Mermaids are often depicted as both water-dwelling and land-dwelling mythical creatures. Their association with water can be used as the basis to symbolize mermaids as a sign of rebirth and renewal. Water is essential for life and development and is therefore symbolized for revitalization and nourishment.

The fluid nature of mermaids, i.e., traveling back and forth between land and sea, is why they are also associated with transformation in life.

Ancient Greeks see mermaids as dangerous and evil creatures. They believe mermaids to come onshore and beautifully sing while combing their hair to lure sailors to go off-track.

On the contrary, Greek mythology can also be seen celebrating mermaids for their inner and outer beauty and are often admired for being Aphrodite and the descendent of the goddess of love and beauty, Venus.

Christianity associates mermaids as dangerous and harmful beings who lure men by using their wonderful singing voice and beauty.

Just as in the case of Ancient Greek culture, the mermaids are believed to come ashore and comb their long stunning hair and tempt men to indulge in sinful behavior.

Moreover, mermaids are also depicted for their conceit and as one of the seven deadly sins in the paintings in many Christian churches.

Mermaid association is deep-rooted in Celtic cultures. They are symbolized in this culture as feminine and enigmatic creatures.

Islam interprets mermaids as temptresses who lure men into committing sin. On the other hand, they also believe mermaids to be powerful underwater creatures who have immense magical powers. Mermaids are also symbolized wiseness and intuition in Muslim cultures.

In Hinduism, mermaids are believed to be the symbol of femininity and motherhood. These mythical creatures are depicted to have large breasts and are believed to feed the children who’ve lost their mothers.

There are plenty of Native American legends relating to mermaids. A Mi’kmaq tribe tale talks about how a boy sees a half-human and a half-fish creature with silvery scale and sea-weed hair. Another story depicts how two girls turned into mermaids after swimming in a prohibited area.

Native Americans depict mermaids with fierce feminine individuals with black hair and dark eyes. And, interestingly, mermaids living near colder climates have fur-covered tails, while those living along the reef are only depicted to have scaly fins.

What is the Symbolism of a Mermaid Tattoo?

A mermaid tattoo can symbolize the celebration of inner and outer beauty. This tattoo can also represent love, sensuality, and femininity.

On the other hand, many perceive this tattoo to be a sign of independence and individuality, a tattoo to remind yourself of your self-worth. And, many others also believe this tattoo represents magic and wonders.

In short, a mermaid tattoo can symbolize plenty of emotions and abstract feelings. The fact that matters is how you connect to mermaids and what factor drove you to get a mermaid tattoo.

6 Common Dream Scenarios About Mermaids and Their Interpretations:

As of now, it is quite impossible to spot a mermaid. However, mermaids rule some of our minds in our imaginations and dreams, don’t they? Here are a few dream scenarios relating to mermaids and their interpretations. Let’s begin, shall we?

1.   Dreaming about seeing a Mermaid:

Despite their stunning beauty, seeing a mermaid in your dream isn’t a good sign. By now, we’re well aware that mermaids are symbolized as seductresses in certain cultures who tempt people to commit sins.

So, this dream is a signal for you to be wary of people and situations in your waking life. While something might not look as bad initially, it might soon turn into a disastrous situation.

Therefore, if something or someone looks too good to be true, make sure you put enough thought before dealing with such situations and people.

2.   Dreaming about kissing a Mermaid:

Do you lately feel trapped by someone? You probably don’t know how to get away from such situations and people. Dreaming about kissing a mermaid indicates that you’ve indulged yourself in a company that isn’t beneficial for you.

If that’s the case, remember that it’s never too late to back out. If you’ve fallen prey to some sort of scheme, stand up for yourself and make a plan to get yourself rid of such situations and people.

3.   Dreaming about swimming with a Mermaid:

Dreams about swimming with a mermaid usually appear when a person regrets their romantic relationship.

You’re probably in a committed relationship with someone who isn’t the right fit for you. You’re too deep into the relationship, and now you don’t know how to cut ties off with the person.

In fact, you aren’t even aware of why you’ve fallen out of love as apparently, nothing looks wrong in your relationship. But something just feels off. If you’re suffering from this scenario, make sure you take some time to yourself and figure out your emotions towards the person.

4.   Dreaming about being a Mermaid:

Dreams about being a mermaid indicate that lately, you’re feeling too self-absorbed and are focusing your time and attention on physical and sexual attractiveness. You probably want to allure someone to who you’re sexually attracted.

This dream also tells you to pay more attention to your real-life scenarios rather than illusory stuff. Be more truthful and honest to your heart.

5.   Dreaming about talking to a Mermaid:

Talking to a mermaid is your dream can be a good signal. It can be a sign of good luck and fortune coming your way or simply a positive message that the mermaid is trying to convey to you.

If such a dream appears to you, try to focus and think of what exactly the mermaid said in order to interpret what good news the mermaid is trying to share with you.

6.   Dreaming about a Mermaid singing:

Singing mermaids are never a good sign. Mermaids are known to use their beautiful voices to lure people. So, if you dreamt of a mermaid singing, it is a sign for you to be extra cautious in your professional as well as personal life.

Make sure you choose people to trust wisely. Anyone can pretend to be your friend and backstab you when the opportunity arises. Or, some might be luring you to indulge in unscrupulous activities. Thus, it is imperative for you to be extra cautious in your waking life.

In conclusion, mermaids are often symbolized for their femininity, freedom, sensuality, wisdom, magic, and wisdom.

So, if you were planning to get a mermaid tattoo or simply dreamt of a mermaid last night, we believe that all the questions troubling your mind has been answered in this post.

If you have any more mermaid-related queries, you know where to drop a comment. Also, what does mermaid mean to you? Do you feel connected to these stunning creatures? We’d love to know! 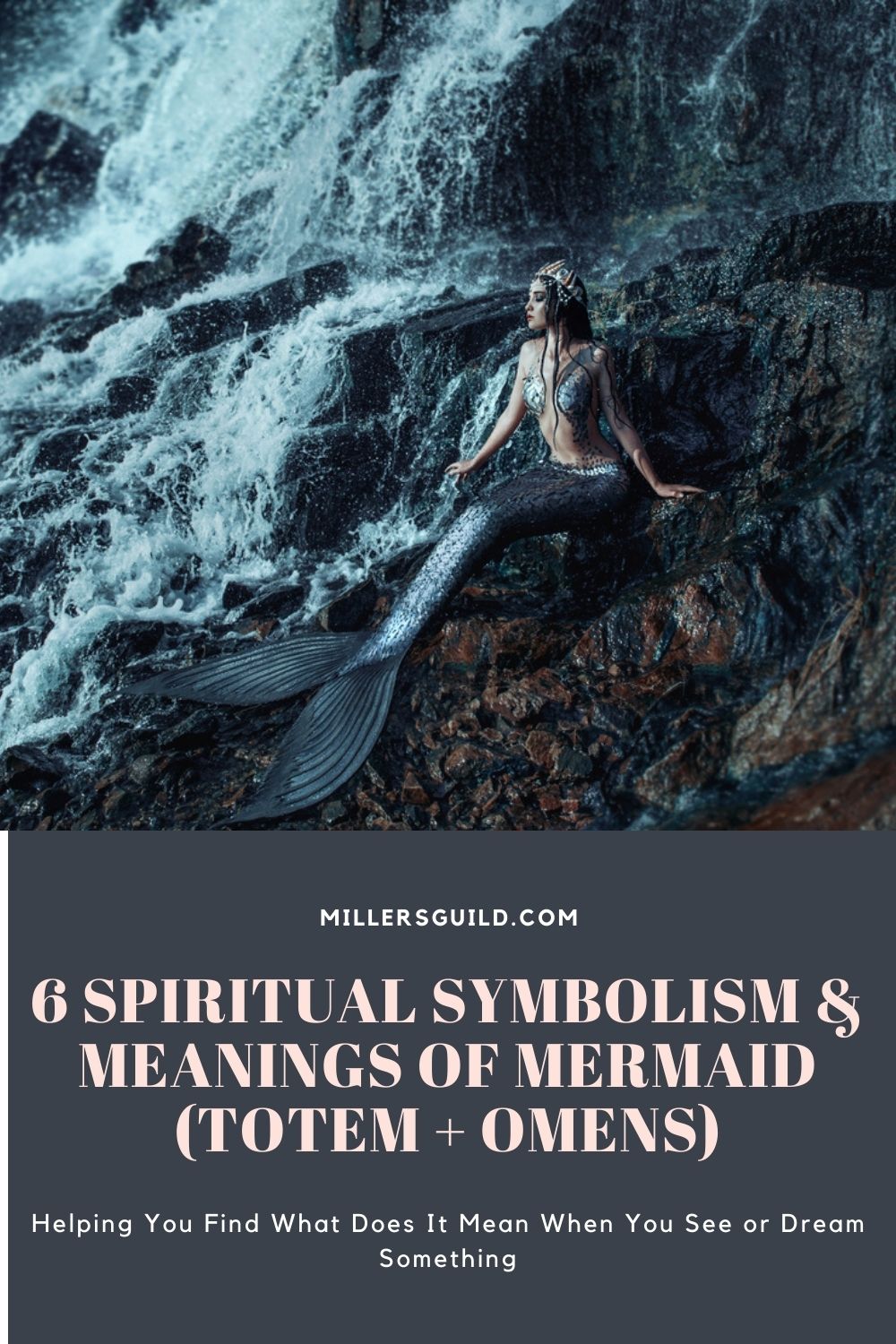