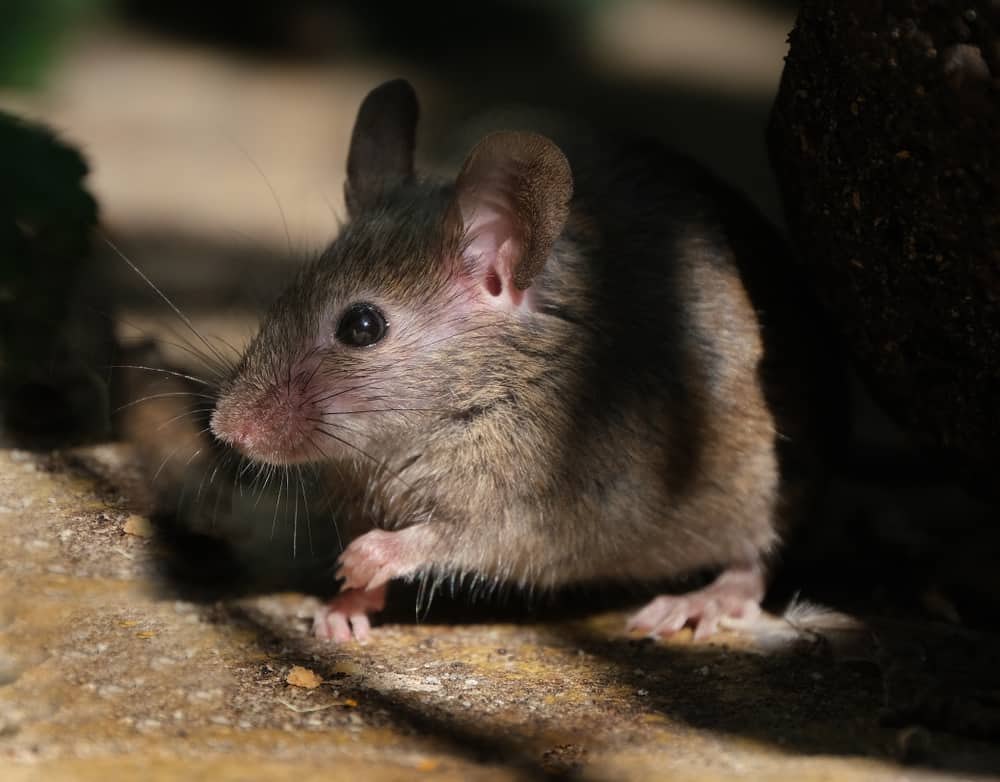 Are you scared of rats? To be honest, we are too! But if you’re in desperate need of a spiritual guide to help you tackle difficulties in life, rats can be your best helpmates!

Yes, you might find it surprising, but despite being widely perceived in a bad light, rats are fabulous spiritual teachers. In this post, we will discuss 4 rat symbolism and 6 common rat dreams and their meanings. Let’s begin! 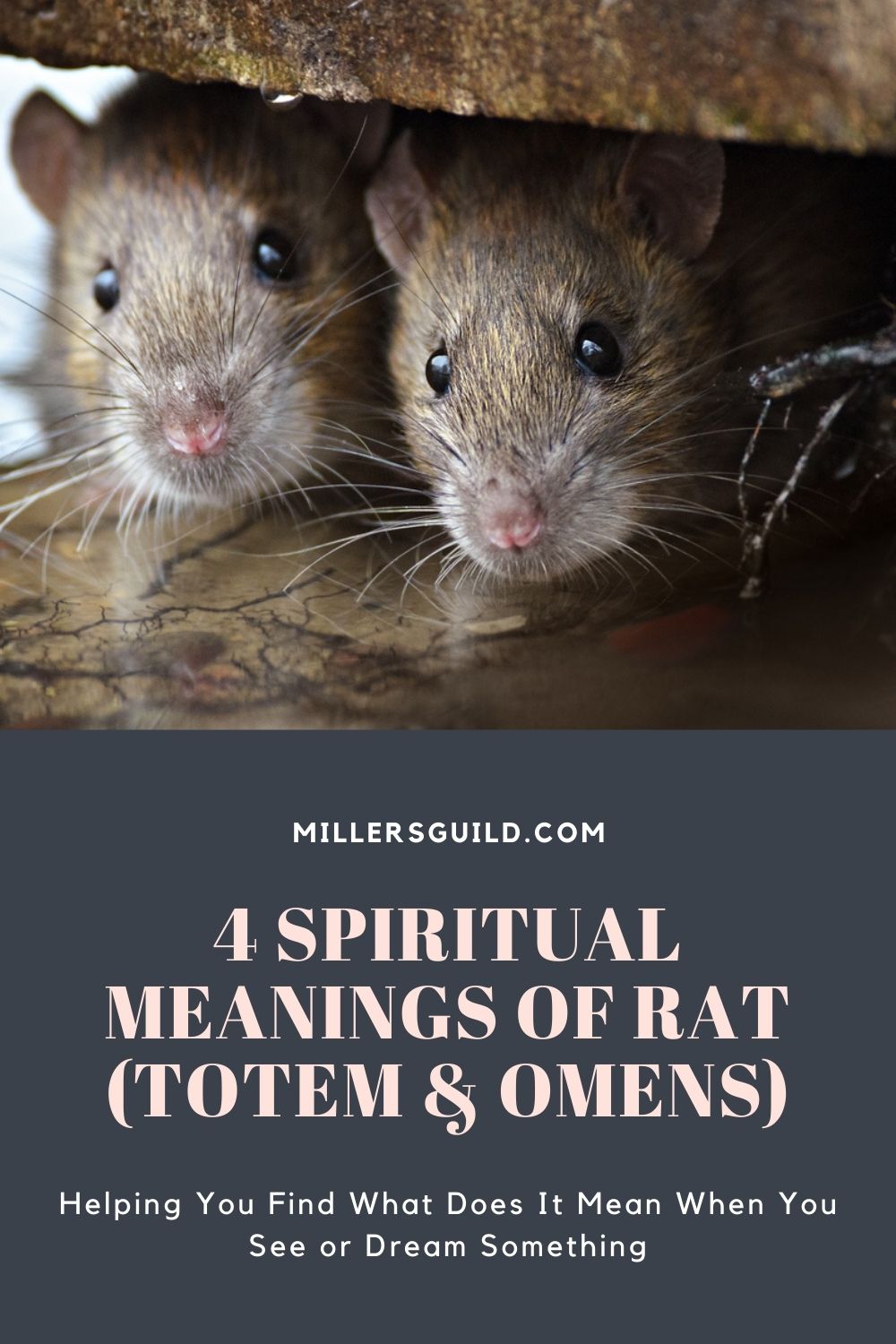 What Do Rats Symbolize?

Rats are notorious for making themselves home at dirty places such as sewers. They are believed to be responsible for diseases and destruction. They are known to steal farmers’ crops and are typically not welcomed anywhere.

Just until recently, rats were held responsible for causing the deadly bubonic plague. Little did our ancestors know that it was not rats but the infected fleas who were responsible for this disease.

Despite the tarnished name of rats and being treated as evil and unwelcome, they have managed to survive to date.

Rats scavenge their food traveling from houses to houses, searching every crack and corner, and are mostly feared upon and beaten in an encounter. Nevertheless, rats are determined to survive and are therefore a perfect symbolism for perseverance.

Rats do not like to take chances. They hoard up on their needs whenever they get the opportunity. Therefore, a rat tells us to be prepared and to collect our thoughts and opinions if a big interview is due.

Rat energy makes people great teachers counselors. Rats are well aware of life’s hardships and the ways to tackle them. They are intelligent when it comes to survival skills and take every step with wisdom.

In fact, they manage to survive in human homes for days before the owner actually gets a clue of rats’ presence. 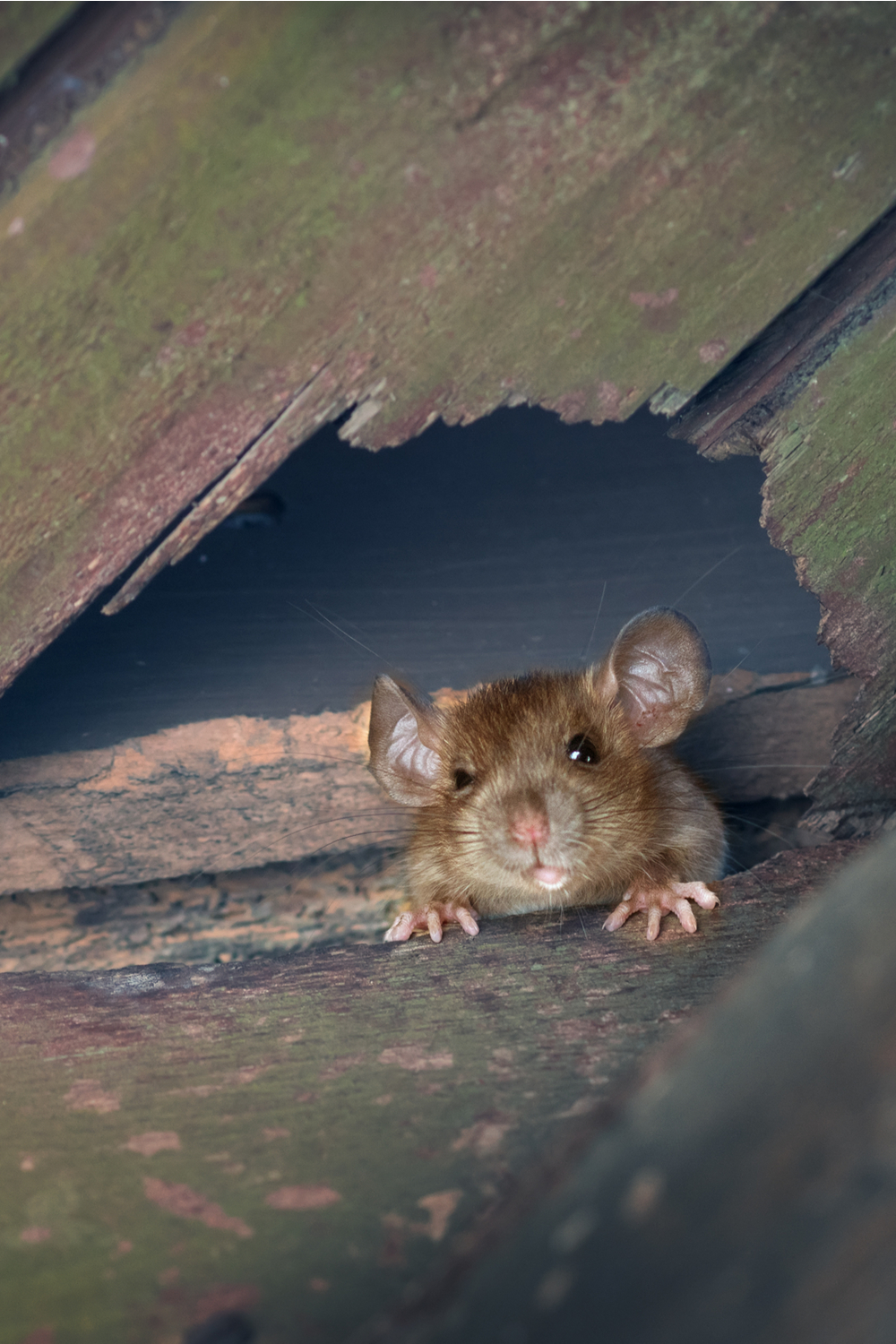 While Native Americans praised rats for their dexterity, agility, and intelligence, these small creatures were also associated with chaos at the same time. Like in almost any part of the world, they were chased away from homes whenever witnessed.

Given rats’ propensity to steal humans’ food using smart and cunning ways, it is only humanly to chase rats away from their homes. Some tribes further believed in the power and intelligence of rat medicine. They believed it to be resourceful to humans to find objects and directions.

Moreover, as rats are able to struggle hard for food and survival, they are also symbolized for safety and survival.

In China, rat symbolism is a pretty big deal. It is, in fact, the first symbol of the Chinese zodiac. Rat weddings are considered a huge event in China. Furthermore, rats symbolize money in Chinese culture. Whenever one hears rat noises at night, it is believed to be counting money.

On the other hand, Chinese people further believe that rats can take the form of male demons. Japanese cultures associate rats with money and believe them to have introduced rice to humans.

In Hinduism, a rat or mouse named ‘Moosak’ is considered to be the ride of Lord Ganesha, the God of prosperity. The mouse is praised for its agility and acumen.

Rats are portrayed in a negative light in Christianity. In the Bible, rats are deemed unclean animals and are considered too low to be eaten. Overall, rats are associated with destructiveness and are therefore deemed evil.

A saying started among sailors during the 19th century – Like rats fleeing a sinking ship. Rats are believed to have psychic abilities to predict danger.

Given their ability to use cunning ways for survival and defend their territory, creatures are also symbolized as intelligent and courageous animals among Celts.

Those with rat spirit animals are able to adapt and thrive in any kind of environment. They are resourceful, adept, and immaculately acute when it comes to money matters.

Such individuals are charming and team players. They are merry and socially active. They don’t hold back when it comes to expressing their feelings, beliefs, and opinions. And, in the case any conflict arises, they always stand up for themselves.

At the same time, they are helpful and are great teachers and counselors. As their life experience is full of lessons, they are perfectly capable of guiding others to their individual pathways.

On the downside, those with rat spirit animals are often perceived as greedy and selfish, and rightfully so. These people generally are inclined towards pursuing their own desires and happiness first.

When to Call On Your Rat Spirit Animal? 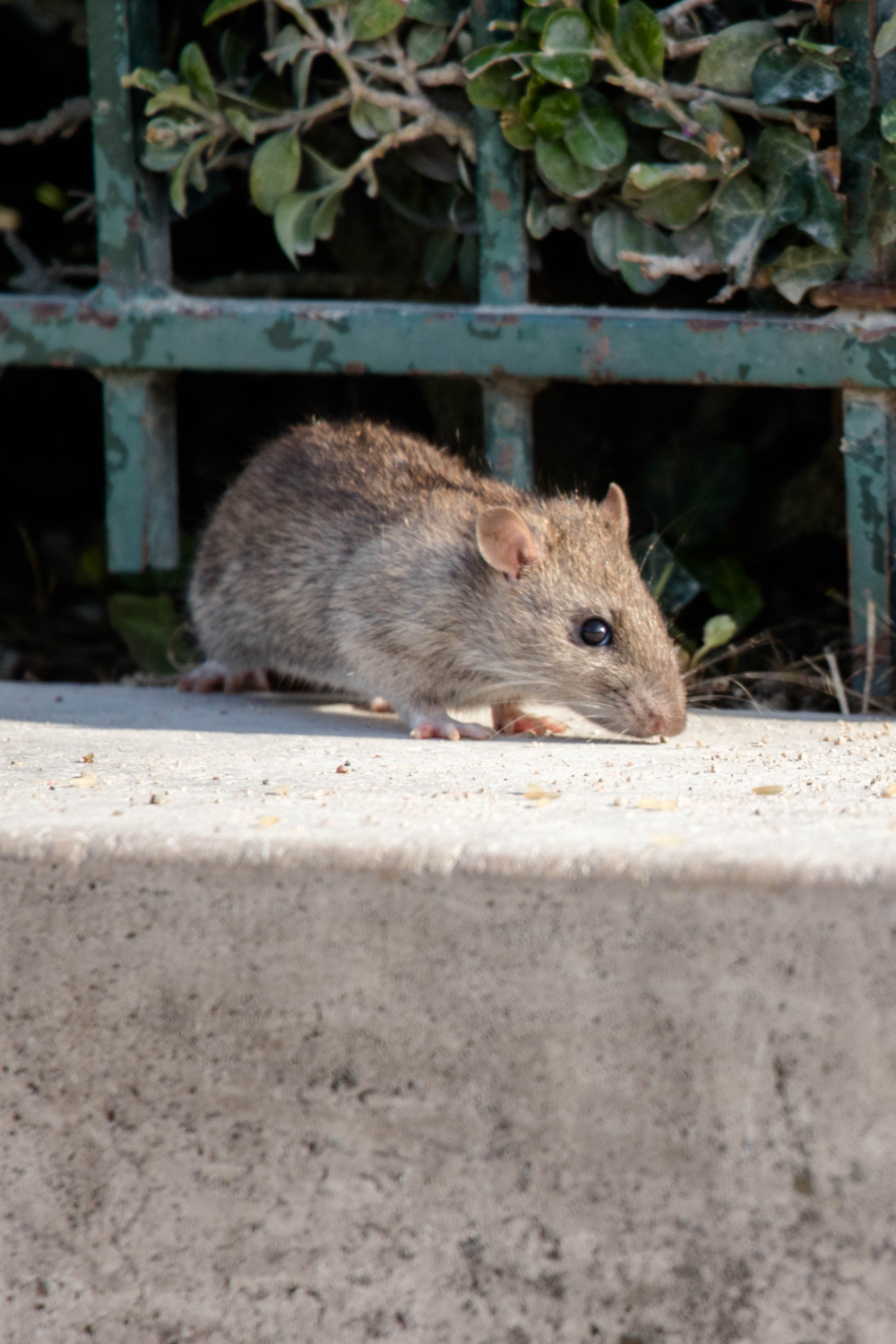 Likewise, if you’re feeling too burdened lately from emotions, work, or any aspect of your life, your rat spirit animal teaches you to let go off of negativity and relax a bit. Similarly, rat spirit animal guides you through the life lessons that you need to survive in life.

Therefore, whenever you’re desperately struggling for survival, your rat spirit animals will bless you with knowledge, courage, and wisdom.

In many cultures, encountering a white rat means good luck. But, if it is a black rat, the sighting is not believed to be a good sign. There is a rat superstition that houses that homes rats are in some way protected from hazards such as a fire.

And, in the case the rats leave the house, it is believed to portend death. Likewise, seeing belonging bitten by a rat presages hardships.

On the other hand, among many Hindus, encountering a rat is a good omen. In Indian and Chinese cultures, rat sightings are associated with good luck and fortune.

6 Common Rat Dreams and Their Meanings

A dream about a dead rat tells you that you are frightful about a situation in your waking life. You’re probably considering leaving a job or breaking off a relationship.

In the case you’re torn between the two conflicting choices, remember that this dream conveys a message that the situation has come to an end, and it would be better for you to let go of it and move on.

2.   Dreaming about rats in your house:

The interpretation of this dream depends upon what your culture symbolizes rats for. If they believe in the goodness of rats and consider them as an omen of good luck and wealth, this dream is a signal for good fortune and prosperity.

On the other hand, if rats are only symbolized for destruction in your culture, this dream implies household problems.

Are you an overthinker? You’re probably feeling dragged down by all the heavy thoughts and emotions you’re feeling. Some unfortunate events might have occurred in your waking life which forced you to ponder deep.

Nevertheless, this dream suggests you that investing your time and energy on what’s gone is worthless and you must prepare for a good tomorrow instead. Letting go of the feelings that have paralyzed you and moving on is the way to go forward.

4.   Dreaming about a rat giving birth:

Rat giving birth can be heartwarming to some and can feel gross to rat haters out there. In the dream, it is a bad omen. It portends unfortunate happenings in your or your dear one’s life.

It further warns you to be wary of your acquaintances as there is a chance somebody close is planning your downfall.

5.   Dreaming about rats on your bed:

Dreams about rats on your bed represent your envious feelings about somebody else’s achievements. You are probably feeling jealous of those ahead of you. This dream can also indicate jealousy issues in a relationship.

6.   Dreaming about a rat chasing you:

Rats chasing you in your dream can be interpreted in many ways. Firstly, it can be a signal that an unscrupulous person made their way to your waking life. It can also represent the problems you are avoiding in your life.

Surprisingly, this dream is also interpreted positively in some cultures. If the rats were too many, it is a sign that you’ll succeed.

Overall, rats symbolize intelligence, wisdom, negativity, survival, and tenacity. Did you find out the rat spiritual information you were seeking in this post? If not, we’re always just a comment away. Leave your query down, and we’ll connect with you in no time! 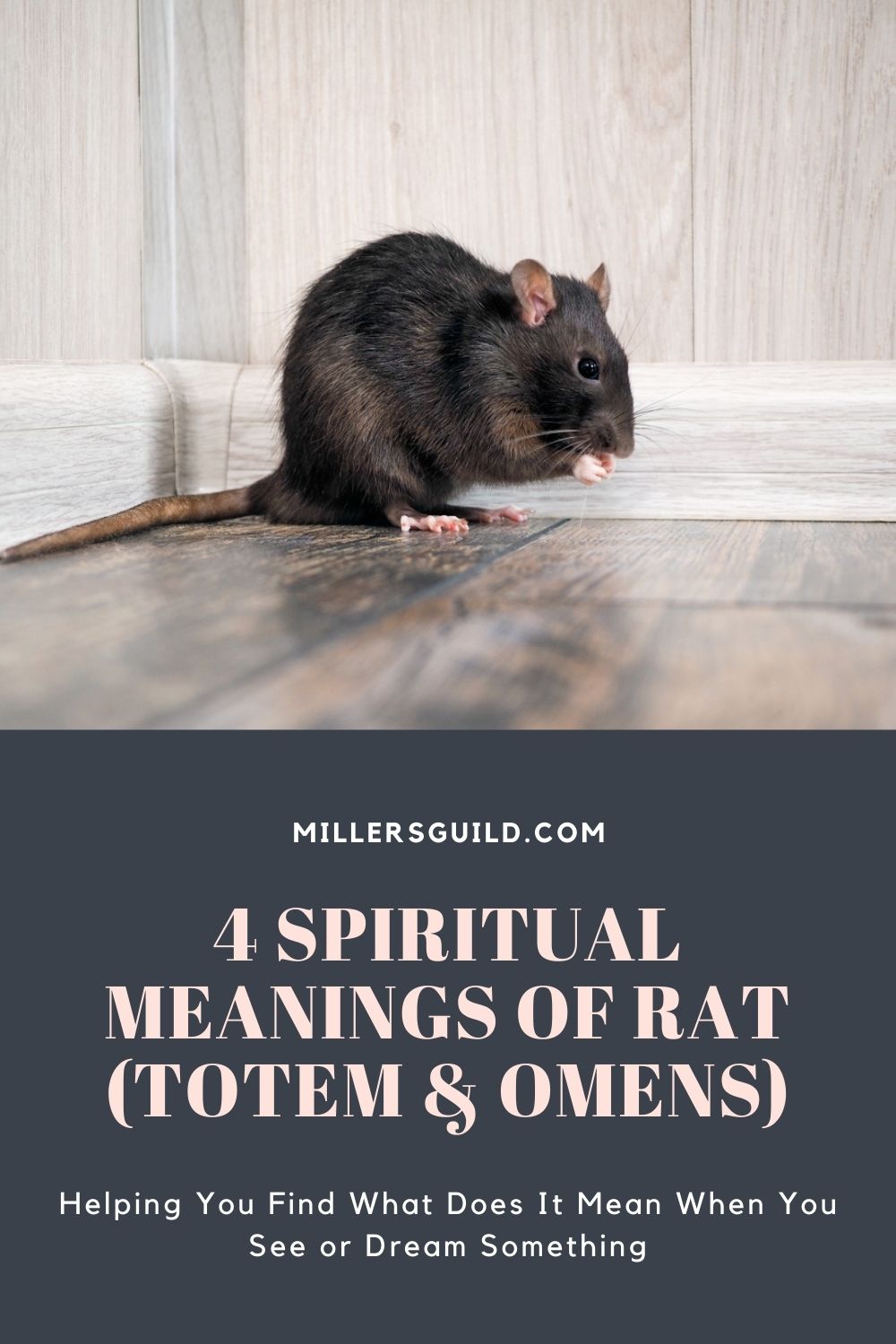