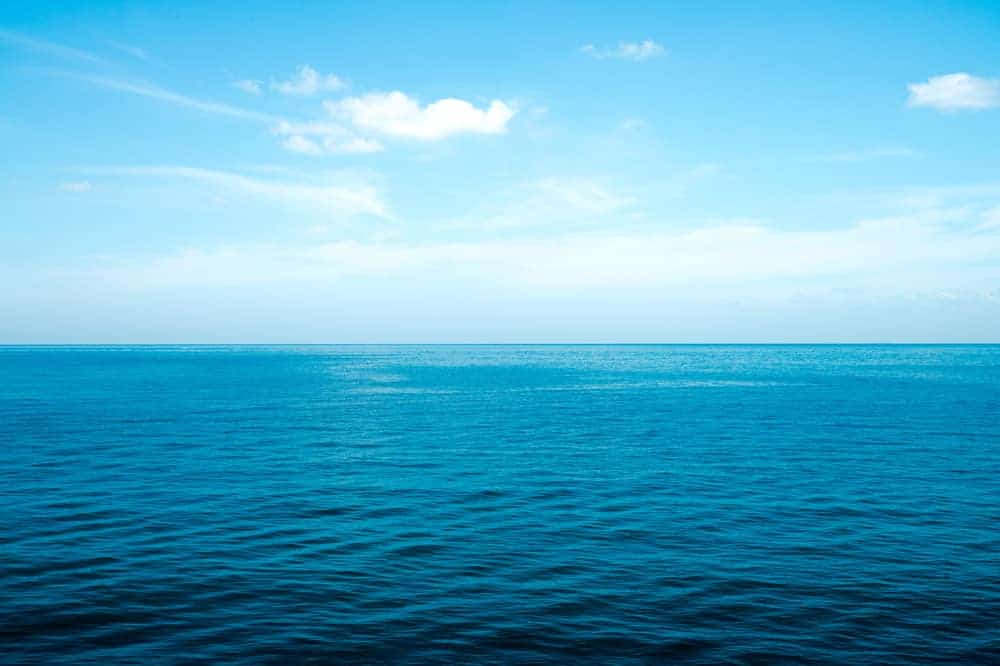 If you’re a beach baby, you might have often wondered what large water bodies such as seas or oceans symbolize spiritually, haven’t you?

Ocean spiritual meanings are somewhat similar to what water elements, in general, symbolize. However, there’s much more to oceans than that. The mystery and the power oceans hold are much more than any of the water bodies existing on this planet.

In this post, let’s ‘dive deep’ into the ocean and find out what they symbolize spiritually and in movies and literature. Bonus – we’ve discussed 8 common ocean dream plots at the end. Let’s begin! 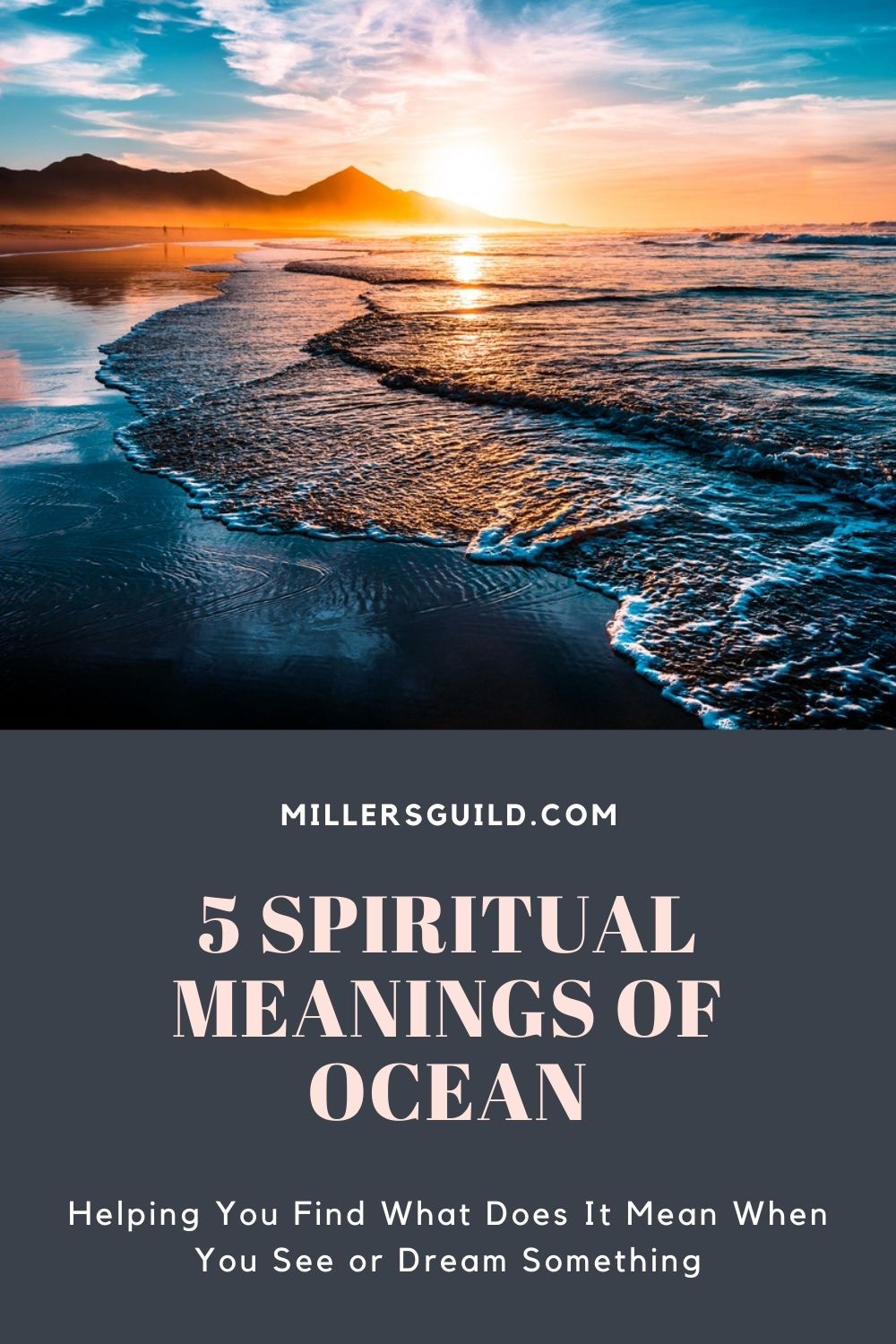 What Does Ocean Symbolize?

Did you know that majority of the ocean still remains unexplored? Due to this fact, there are many who are hesitant to rule out the existence of mermaids or some other mysterious sea creatures. It is incontestable that the ocean is enigmatic.

Whenever we ponder on the ocean shore, we are awed by the never-ending water body and the stunning horizon.

Despite the fact that a quick glance at an atlas would solve the mystery, we can’t help but think – What might be at the end of the ocean? Therefore, the ocean symbolizes mysteries and possibilities.

The ocean is powerful. Humans have been able to manipulate land as per their wishes, but it has been impossible as of now to go against the ocean’s will. When humans sail on the ocean, they have to adapt to the ocean’s behavior.

When the weather is unfavorable and stormy, the calm and peaceful ocean takes evil forms of destruction, and there is no way for us humans to control the calamity.

No wonder the ocean sound is used to induce deep sleep and is often used as a background sound when one decides to study, meditate, or simply concentrate.

You might have noticed how blissful you feel lying down on an ocean shore. Ocean represents calmness, as unless and until external influence such as weather changes and tides are induced, this water body is peaceful.

An ocean symbolizes hope. You wonder to know what exactly is at the end of the ocean you’re staring at from the shore. Or, do magical mermaids exist? It represents your wish to find out if your life will take a turn for the better. You hope for good things in life and a beautiful future.

Ocean further symbolizes abundance and endlessness. You might have heard of the phrase ‘the ocean of something’, haven’t you?

It denotes infinitely abundant. Our eyes cannot possibly determine how big an ocean is and where does it end. Therefore, oceans often symbolize boundlessness and endlessness.

Ocean symbolism in the Bible:

Given how the ocean was one of the primary factors that made life possible on earth, Bible associates the ocean with birth and fertility.

Bible further relates ocean with the life, as in how boundless both the life and ocean are. One can easily get lost in the voyage of an ocean as well as in life.

In Hinduism, there are many legends that associate the ocean with life and immortality. ‘Amrita’, the elixir of life, is portrayed to be present at the bottom of the cosmic ocean, and it was believed to bless the drinker with immortality.

2 Ocean Symbolism in Literature and Movies:

It is not new for water elements to be associated with human emotions. The calm ocean and seas are believed to represent peaceful human emotions such as love and trust.

At the same time, the turbulence and the stormy ruthless nature of such water bodies are often associated with sinful behavior of humans such as rage and wrath.

In literature, you might have encountered phrases such as ‘sea of love’ or ‘drowning in emotions’. These phrases are typically used to depict an abundance of human emotions.

In movies, the ocean is often depicted as a powerful and unsurpassable water body. In the world-renown movie ‘Life of Pi’, the lead character fights for his survival against the ruthless power of the ocean.

Another example can be taken off of the movie ‘Cast away’. The lead, Chuck Nolan, finds himself deserted on an island after a plane crash. Having no clue to surpass the ocean, he has to adapt his ways around to survive the power of the ocean.

In ‘The World is Too Much For Us’ by Wordsworth, the ocean is depicted as a large, powerful mass, created and controlled by Mother Nature.

8 Common Dreams About Ocean and Their Interpretations

1.   Dreaming about a turbid ocean:

Unfortunately, dreaming about a turbid ocean is a bad omen. This dream is a representation of a toxic surrounding. The unclear water in the ocean signals that you’ll find yourself in a middle of a feud. You might have to fight and struggle hard to get yourself out of the situation.

Remember that it is only human to be frustrated at the time. But you have the strength and courage to deal with every negativity thrown in your way. A useful tip is to make smarter decisions to avoid falling victim to such hardships in the first place.

2.   Dreaming about a stunningly clear ocean:

If the ocean you dreamt of was clear and calm, it is a sign that you are soon going to enter a phase of peace and tranquility in your life.

Be it your professional life or personal life, it will be stable, and you will find yourself content and at peace. Put a bright smile on your face, as you’ll soon be greeted with merriment.

3.   Dreaming about falling from a boat and drowning in an ocean:

Are you lately feeling overwhelmed with emotions in your waking life? Too much pressure in your work life, probably? Or, your personal relationships are probably on the rocks.

Either way, this dream is a sign that your feelings are turbulent, and you are finding it difficult to handle them. Try talking to somebody close to you. It might help take some burden off of you.

4.   Dreaming about falling from a boat and swimming away:

Now, in the case you calmly swam away after falling from a boat, it is a sign that you are an adaptive person. You are able to thrive among any adversities life throws your way.

You are also a person with a strong emotional mindset. You accept your feelings as they are and are able to deal with them with prudence.

5.   Dreaming about saving a drowning person:

If you dreamt about saving a drowning person, you’re a sympathetic person. You understand else’s troubles and have the ability to guide them towards a better path. In short, you’ll make a great life coach or a counselor.

Are you indulging in actions lately that invite toxicity in your life? Drinking ocean water is a bad omen. It is a sign that you are inviting and embracing all the negativity that comes your way. You’ve probably indulged yourself in a bad habit, a drinking problem, maybe.

You are well aware of the problem, but you run away from positive changes. This dream is a warning for you to get yourself back on track before things take a negative turn.

7.   Dreaming about walking on a shore:

Dreams about walking on an ocean shore are beautiful ones. It indicates that you’re ready to let in new experiences and opportunities in life. You’re ready to grow and explore.

You’re probably exploring a new hobby, aren’t you? Or, trying to acquire a new skill, maybe? Either way, bravo, as you’ve let go of your past mistakes and trauma and are on a brighter path in life.

Ocean waves in dreams are often associated with your waking life feelings. If you’re floating or walking on the wave in a relaxed and composed manner, it is a sign that your life is merry peaceful at the moment.

On the other hand, if you experience negative emotions while seeing or interacting with the waves in your dream, this dream represents the emotional or mental turmoil you’re going through in your waking life.

And, in case you dream of a muddy or dirty wave, it means that you experience life from a realistic point of view. You rejoice in its beauty and are grateful for the opportunities it blesses you with. Nevertheless, you are well aware of how cruel life can be at times and are always prepared.

Despite hundreds of efforts of marine biologists and oceanographers, oceans’ enigma yet remains unsolved. The mystery of The Bermuda Triangle and the never-ending debate about the existence of mermaids aren’t likely to be comprehended any time soon.

We hope we were at least able to provide you with information on ocean symbolism from the spiritual point of view via this post. If you have any more queries, we’re all ears! 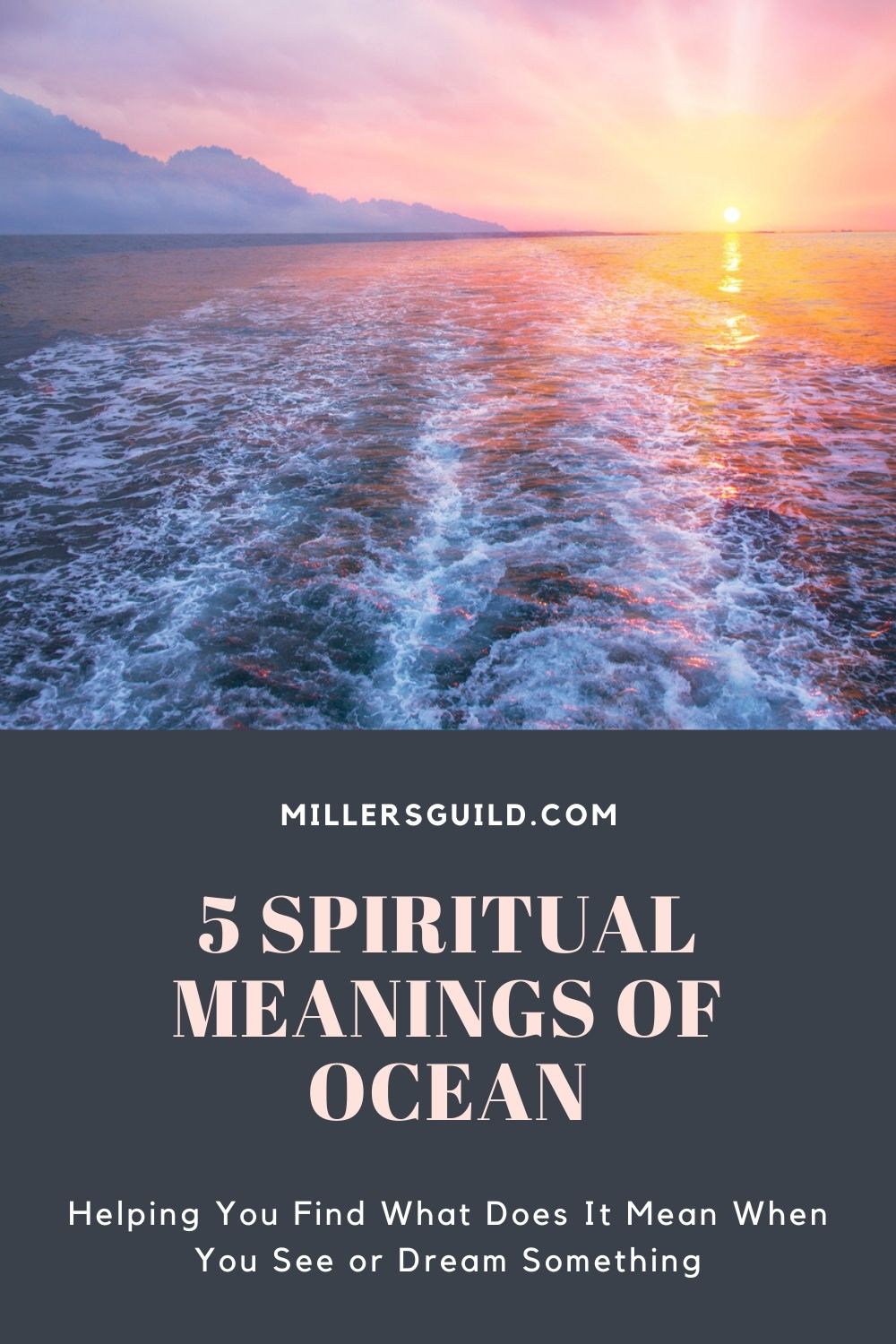