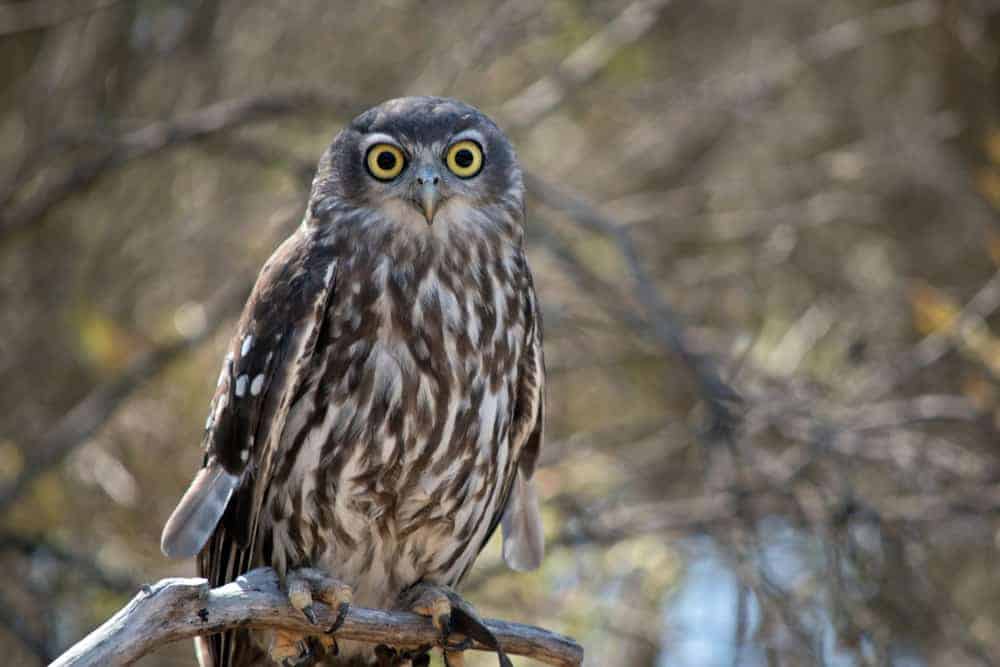 Everything happens for a reason, and nothing happens by chance. Every day, we constantly receive messages from the universe and the spirit realm in the form of numbers or symbols, and by learning to see and understand these messages, we can use them to guide our lives.

One of the most powerful – if also very rare – messages we can receive is when we see an owl. But what does it mean? Is it a good sign or a bad one? And how can we interpret it?

In this post, we will deal with issues like these and more as we consider the question, what does seeing an owl mean? 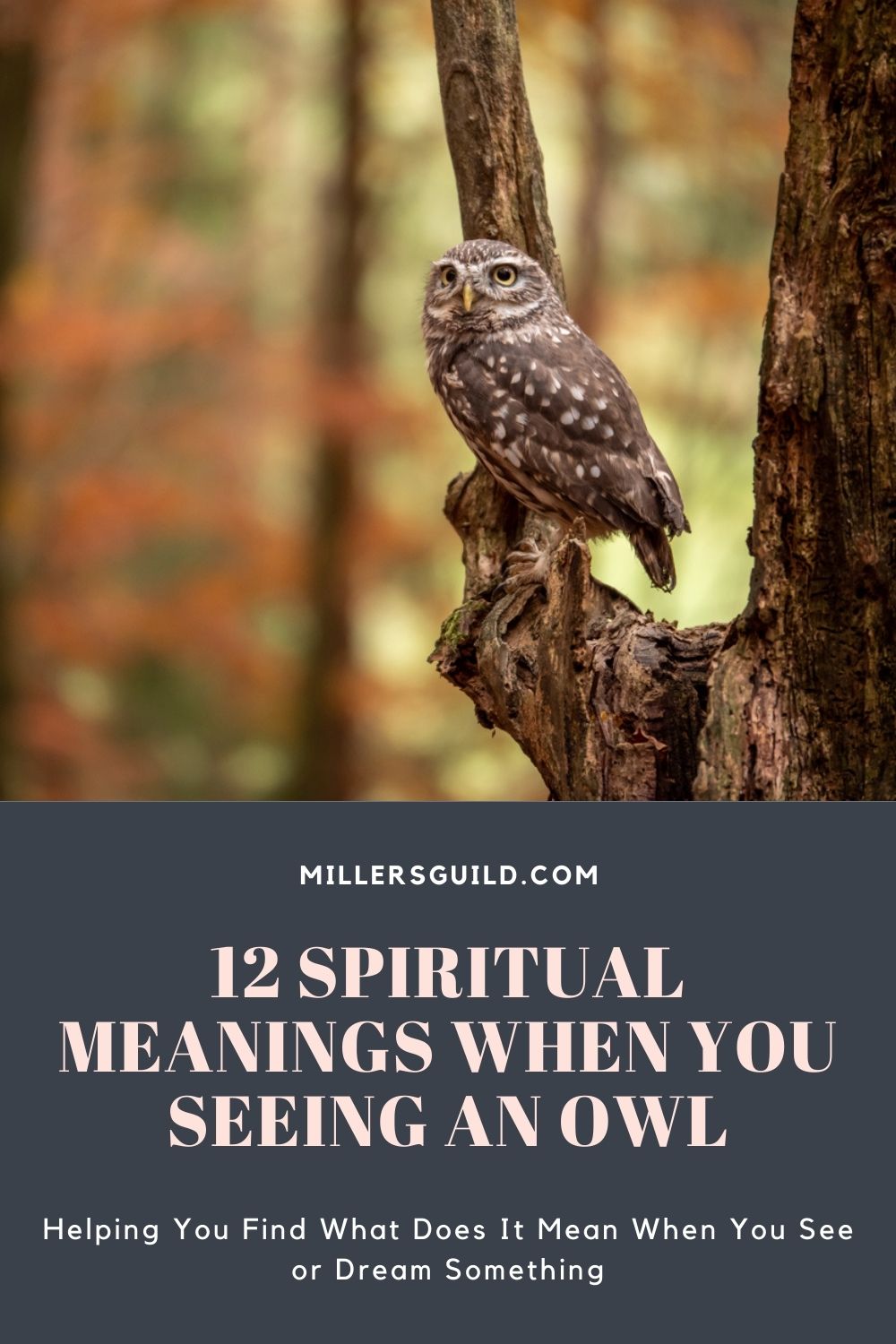 A potent Owl symbol in many cultures

Owls are magical, mystical creatures of the night, so it’s unsurprising that they have featured in the mythology of a large number of cultures for as long as we can tell.

However, these mysterious nocturnal hunters often represent different things to different people, so let’s start by looking at what owls symbolize around the world.

In modern Western belief, the owl is usually associated with wisdom and vigilance and generally has positive connotations. This may in part date back to Ancient Greece – and especially Athens – where Athena, the goddess of wisdom, was symbolized by an owl.

However, the owl hasn’t always been seen as a good omen. In Ancient Rome, it was associated with funerals and death, and once, the city of Rome had to undergo a lustration, a kind of purification ritual, because an owl was seen in the Capitolium.

According to Hindu belief, the owl represents wealth, prosperity, wisdom, good luck and fortune. This is because the goddess Lakshmi had a white barn owl as her vahana.

However, at the same time, they are sometimes also seen as messengers of death, much as they were in Ancient Rome.

In Chinese feng shui, the owl symbol has powerful protective qualities. Seeing an owl can be taken as a positive omen, promising good luck and abundance in the future. The owl symbol can also be used to repel negative energy.

In Mongolia, the owl is seen as a good omen, while in Japan, it is thought to bring good luck.

The owl features prominently in the mythology of many Native American peoples, although the details can vary greatly from tribe to tribe.

It is often associated with the foretelling of imminent spiritual events. Owls are frequently associated with death, but death also leads to transformation and change, so this does not always have a negative connotation.

For some tribes, for example the Apache and the Seminole, the noise of owls hooting has been associated with malevolent spirits, and they appear in stories told to scare children so that they don’t cry too much or don’t wander off in the night.

To the Yakama tribe, the owl was used as a powerful totem that often guided people to abundant resources.

In Mesoamerican cultures such as the Maya or the Aztecs, the owl was associated with death and destruction. The Aztec god of death, Mictlantecuhtli, is often found depicted with owls.

The role of the owl within the Christian tradition is ambiguous. Some have seen it as an omen foretelling that something bad is imminent while others have interpreted owls as representing hidden truths that are yet to be revealed.

In Celtic culture, the owl was seen as a guardian of honor and truth that would not tolerate deception.

The Ancient Egyptians both feared and revered the owl. This is because it was seen as representing death and darkness but also as being connected with the afterlife.

To the Kikuyu people, the owl is seen as a harbinger of death.

How to interpret seeing an owl

So as we can see, the owl has represented many things to different people around the world at different times, but one thing that is common to all of these beliefs is that the owl is a powerful symbol and that seeing one is imbued with deeper meaning.

But what does it mean if you see an owl?

As with much that’s related to spirituality and the unseen world, interpreting signs like seeing an owl depends very much on the individual who sees the sign.

Although it is not common to see owls, many people do see them, so it’s hardly reasonable to expect that the meaning is the same for every person.

Rather, the meaning must be interpreted by looking at the circumstances. When did you see the owl? What time was it? Where did you see it? What color or species was the owl? All of these must be taken into consideration.

But just as importantly, the person who sees the owl needs to discover how the owl relates to their life and their current situation.

Seeing an owl is a message from the spirit world, but to understand that message, you need to look within yourself and use your intuition to discover what the message means to you.

Some common ways to interpret seeing an owl

1. Telling you to search for information inside yourself

To many people, owls represent wisdom and inner knowledge, and one of the most universal meanings of seeing an owl is that it is a reminder to search inside yourself for answers.

It could be that you are too caught up in the stresses and strains of the physical world and are neglecting the spiritual side of things.

An owl may appear to remind you to take the time for more deep thought and meditation, and that if you do this, you may realize certain truths that were hidden from you before.

When you see an owl, you should always take time to reflect on the meaning, and by allowing your intuition to guide you, the meaning of the message will be revealed.

This is especially true if you see a white or snowy owl since this represents spiritual purity.

2. Urging you to accept a truth that you choose to ignore

Alternatively, seeing an owl can be a message that there are certain truths that you are choosing to ignore that you need to face up to and accept.

Again, meditate and search within yourself. What truths are you fighting against? What is it that you won’t accept?

Through a period of reflection, you may be able to discover what it is that you are resisting, and this will help you face the truth and accept the reality of the situation.

3. A premonition of death – and of a new beginning

In many cultures around the world, owls have been associated with death. This is perhaps understandable since they usually come at night, and they are often seen near graveyards.

Owls are a powerful symbol of death, and it’s true that an owl may be a warning that a death is about to occur.

However, with death comes a new beginning, so an owl may also represent rebirth too.

4. A metaphorical premonition of death

More often, seeing an owl doesn’t foretell a literal death but rather a metaphorical one. Perhaps something is coming to an end – a job, a relationship or a stage in your life – but when something ends, something else also begins.

The message the spirit world is trying to convey to you may be that you should prepare for change and embrace it because, with change, many new opportunities may also present themselves.

If you are ready for the opportunities, you will then be able to make the most of them.

Seeing a dead owl – either for real or in a dream – is a powerful message, albeit a slightly disturbing one. It can be hard to interpret, but the message may be the same as when you see a live owl, except more urgent.

6. Time to give something up

Because owls are so closely related to the idea of change, to some people, seeing an owl may be a message for you to give something up.

Are you in a toxic relationship? Do you have a bad habit that is proving detrimental to your life or the happiness of others?

If you are aware of something like this and it is playing on your mind when you see the owl, it could be time to be strong and get rid of that bad habit once and for all.

7. Telling you to be decisive

Owls are seen as noble, wise animals. They are majestic and serene and not prone to unnecessary excitement.

However, they are also efficient hunters, and when the time to act arrives, they strike without hesitation.

For this reason, seeing an owl may be a message telling you to be decisive. Is there a decision you need to make that you are unsure about? Then seeing an owl could be an indication that now is the time to make up your mind one way or the other.

This is especially true if you see a great horned owl. This animal is related to decisiveness and action, and seeing one can be a clear sign that the time for procrastination is over.

This is related to Mongwu of the Hopi tribe who appears as a serious, wise and decisive character in their mythology.

8. Telling you to be positive

Seeing a black owl, either for real or in your dreams, may be a message that in your subconscious, you are being too negative or having negative thoughts. Look inside yourself to see if this is true – and if it is, try to change your thoughts and have a more positive outlook.

9. Telling you to forgive

Seeing a barred owl can be a message that you need to make peace with someone or forgive someone who has wronged you.

It’s very rare to see barred owls, so if you see one and you know there is someone who has done you wrong, this can be a clear message that the time has come to bury the hatchet.

10. An owl in a strange place is a strong message

Like seeing a dead owl, seeing an owl in a strange place or at a strange time can be a strong message. What were you thinking about when you saw the owl? What were your preoccupations? Questions like this may lead you to the answers you seek.

For millennia, owls have been seen as bad omens, and while this is not necessarily always the case, it can sometimes be the true.

Are you about to embark upon an important project or a new phase in your life? Seeing an owl may tell you to be wary and to proceed with caution.

12. An owl hooting may mean you need to set boundaries

In some cultures, hearing a hooting owl is thought of as a harbinger of death, but owls hoot when they are warning off other owls or predators, so hearing an owl hooting can mean that you need to set certain boundaries in your life.

How can this apply to you? Deep reflection and meditation will reveal the answers.

Seeing an owl is a rare occurrence, and you can be sure that when it happens, it isn’t just a meaningless coincidence. However, interpreting the message can be difficult if you don’t know how.

As with any spiritual messages, the key is to look inside yourself, to reflect deeply on what you saw and where you need guidance in your life, and by using your intuition as well as knowing some of the basic meanings of seeing owls, you should be able to understand what it signifies. 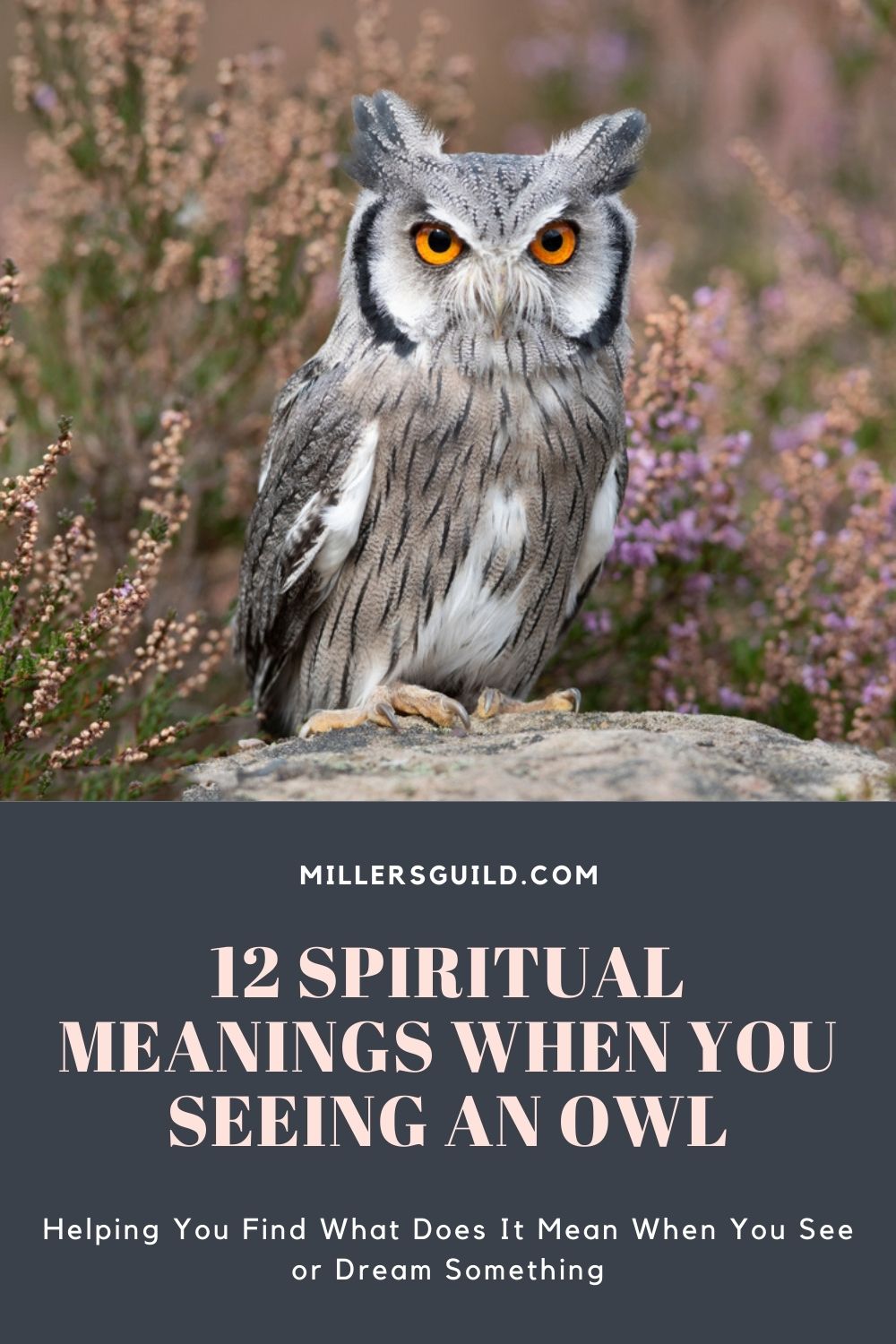 11 thoughts on “12 Spiritual Meanings When You Seeing an Owl”