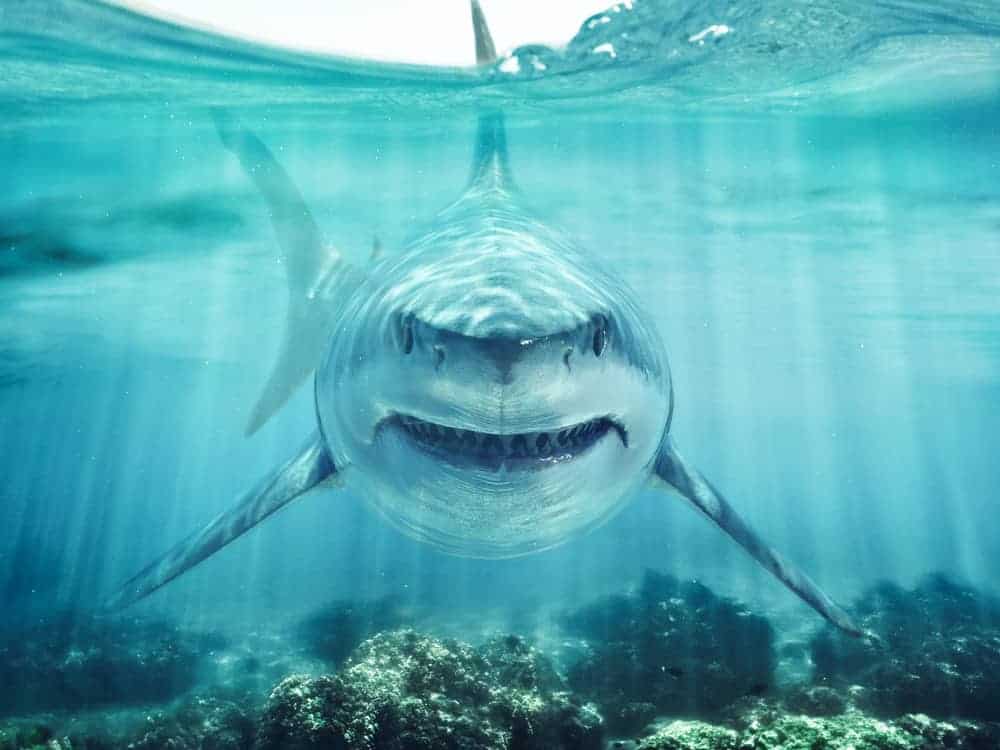 Does it ever upset you what a shark means when you keep seeing it in dreams or real life? Do you think that having a shark as your spirit animal only means that you are strong?

Well, you are about to know. We’ll talk about shark symbolism.

Sharks are one of the mighty animals in the sea and oceans. So, wherever it goes, it always shows control.

Many areas have different meanings about this strong animal. So, let’s dive deeper into the shark symbolic meaning. 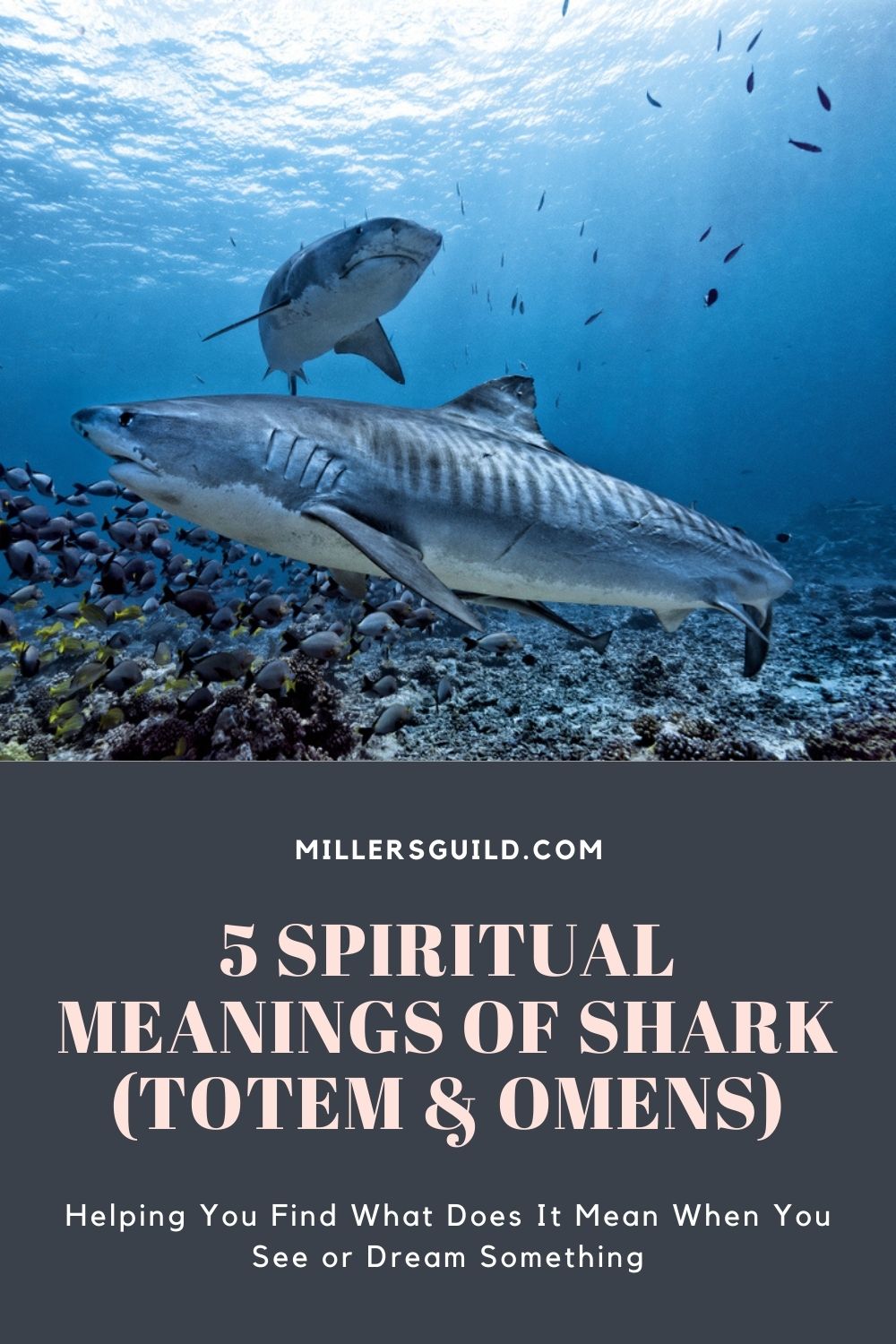 Mostly, this animal’s symbolism shows you have many chances to make your life better. So, the animal comes to tell you that it’s time to make use of these opportunities.

Once you take the step forward, the spirit will show you many ways. It’s because sharks carry ancient wisdom in them.

Expect the shark to show the power in you. It may come when you feel that your challenges make you weak. Sometimes, it may be that you don’t know what step to take next.

But if you are already strong, the animal’s sign comes to help you dominate. You should prove wrong anyone who seems to doubt your skills.

Sometimes, this animal comes to tell you to find ways to protect your life. Also, it shows that the heavens always have your back. Be confident, and it will scare the enemies who try to hurt you.

Well, it’s because sharks have lived in the sea for a very long time. They tend to survive well in almost every sea or ocean. Remember, the shark’s sense of smell helps it know where there’s any danger.

This animal is ever intelligent enough to learn and own some special skills. But it doesn’t happen very fast because sharks are wise. So, it tells you to learn new life tricks at your pace.

In other nations and cultures, sharks have different meanings. Read on to understand how some of these cultures view a shark.

The Hawaiians view the shark as a strong animal because of its unique teeth. These people that it protects them from any bad omens and dangers.

It came after one of their brave warriors fought the god of the sea and won. The young man’s reward was a necklace full of shark’s teeth.

Also, they see that shark’s spirit as an ancestor called Aumakua. These people say that the ancestor would help them trace any lost ship in the waters.

Once a person died, Hawaiians could place the body in the waters. It’s because they believed the person would become the Aumakua.

The shark isn’t a great feature in American culture, unlike other places. The shark clans are on the northwest coast.

Sometimes, they see it as something wrong, while other times, it’s seen as a gem. Remember, they also view a shark-like any other fish.

When they see a shark near the beach, these people believe that a big problem is coming. Mostly, it may be a storm or something that needed them to prepare well.

Some Native American Indian people see a shark as an animal that eats them. But it’s rare for a shark to eat humans in real life.

These people relate the shark with one of their goblin legends, Tengu. The Japanese associated the legend with the goblin shark.

So, through Tengu, the Japanese believe that a shark can give direction. It makes Tengu move to many places fast. It allowed the legend to correct bad manners, especially in monks.

In Japan, Ebisu is a shark god that the fishers worship. They believe that this god helps them get a lot of fish in the sea. Remember, Ebisu god also give them good luck and riches.

Also, they have a shark god who is fierce and strong. This god helps them calm storms and other disasters.

The Chinese see the shark as a healer of their sicknesses and other troubles. They believe that when you have a shark fin, you’ll have better sexual power. Also, you’ll have a solid immune system.

Like the Japanese, the Chinese have a shark God to protect them from storms. Sometimes, they even paint their planes with this God’s image as a good luck charm.

People in Irish treat the shark’s fins as a sacred item. So, it’s seen as a sign of growth, luck, and riches.

But some people in Scotland see it as a bad omen. They see a basking shark as one that destroys their boats and drowns them.

You’ve now seen how some cultures view this animal. Let’s now focus more on this animal as your totem, power, or spirit animal.

Shark as a Spirit 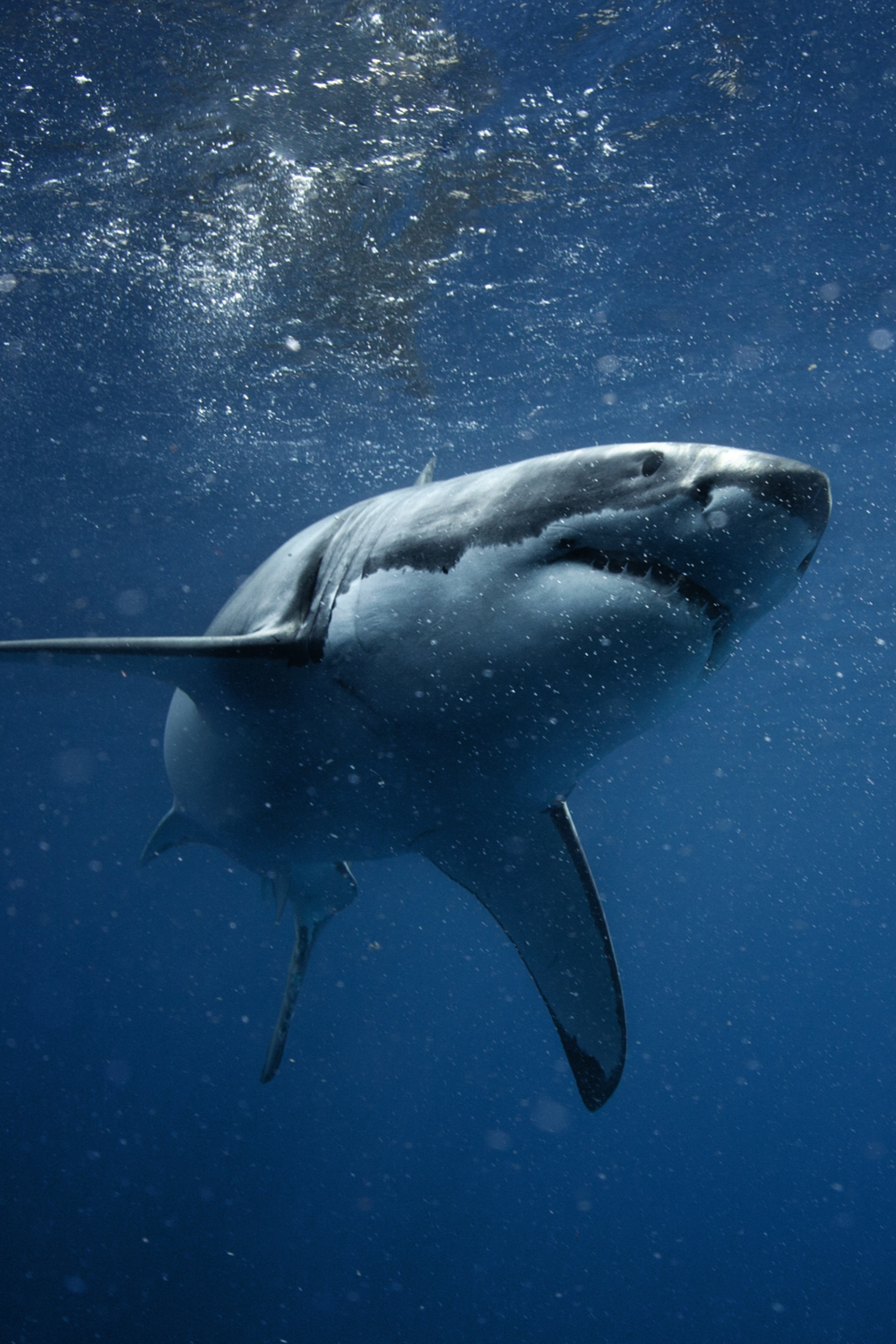 When this animal comes to you as a spirit, then prepare to get something great in life. It means that you should gain courage and the power to do many things.

You may be thinking of starting a business, but you fear making losses. This spirit will push to start the project and move on even if there will be losses.

Also, the spirit will make you determined to achieve many life goals. So, you’ll transform any weakness into strengths.

Yes, challenges will ever be present. But like a shark, you’ll never give up on your dreams. The shark’s spirit protects and helps you overcome any ills.

Sometimes, this animal’s spirit comes to remind you of your freedom. Sharks are pretty social, but they learn to be free early. So, as long as it’s something correct, do it when and how you want.

Remember, you’ll become a survivor when you have a shark’s spirit. It doesn’t matter the problems you’ll face.

The spirit tells you that you have all it takes to become great in the end. There’s no need to evolve because you are perfect.

If you see this animal in dreams, it comes to warn you. Also, dreams can come to make you a better person. Mostly, the shark dream meanings will depend on the details.

Shark as a Totem

As your totem, the animal will guide your feelings to achieve many goals. Also, it will help you have a cheerful mood to do many great things.

You might not see it as an emotional animal. But since sharks have a deep link with water, expect them to connect with your inner self.

So, as your guide animal, it will help you live your life to the fullest with joy. Remember, once you are happy in life, you can know your skills.

Sometimes, it shows that you fear nothing when pushing for your goal. It means that you can achieve many things that even seem impossible.

Remember, you’ll face problems along the way. But know that you’ll always have the heart to keep moving and be a great person no matter the issues.

Shark as a Power Animal 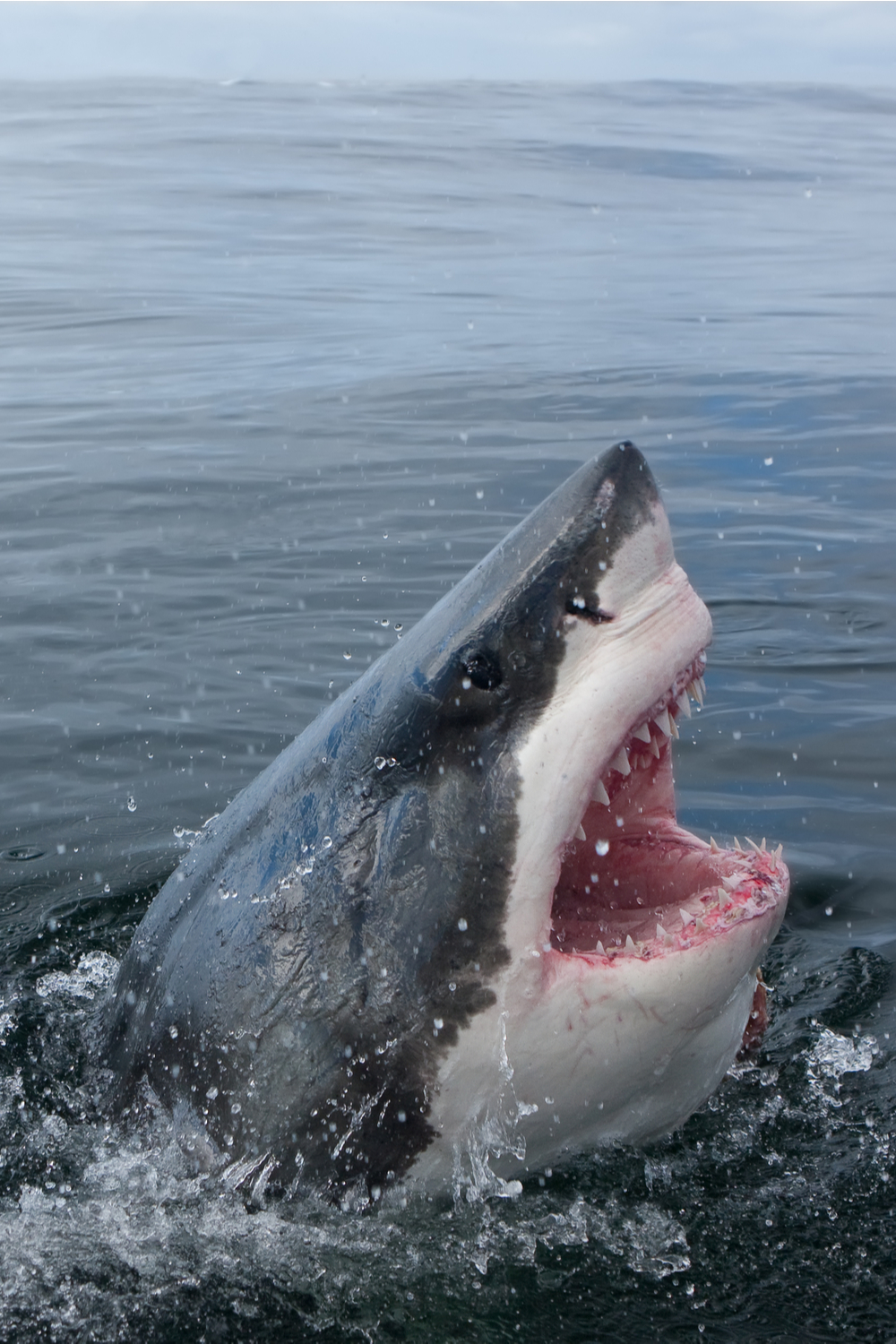 You can invoke the shark as your power animal when in trouble. You’ll have many issues and run out of ideas to solve your problems in such events.

This animal’s power comes to grow your thoughts. So, you’ll always find a way to solve your issues.

Also, as your power animal, the shark will help you meet your goals. Nothing can ever deter you, not even your challenges.

Sometimes, it can be that you’ve begun building a house. It’s never an easy activity, but you’ll put all your energy into seeing that the project is successful. The shark will drive away any doubts in you.

It also shows that apologizing isn’t in you. Well, it’s because you believe there is some sweetness in the effort.

Even if these animals are risky in the sea, their power makes you peaceful. But like a shark, no one can quickly know your next moves. So, call on this animal when you want o meet your goals silently.

There are times when the shark’s power will bring good people to your life. These are people who will help you do many things. Also, since the animal has a good sense of smell, it will drive away any dangers and negativity.

Sharks are powerful animals and full of wisdom. Its symbolism mostly shows something nice that’s about to happen in your life. But it may also mean that something isn’t right.

The animal’s spirit can come to your life to show the power in you. So, it means that you can become great.

You should never let anyone discourage you. This animal will always give its power to meet all your goals.

Also, you can see these meanings well when the shark is your totem, power, or spirit animal. But other cultures also have different views of this animal.

So, would you wish to have a shark as your spirit, totem, or power animal? Please let us know what you think. 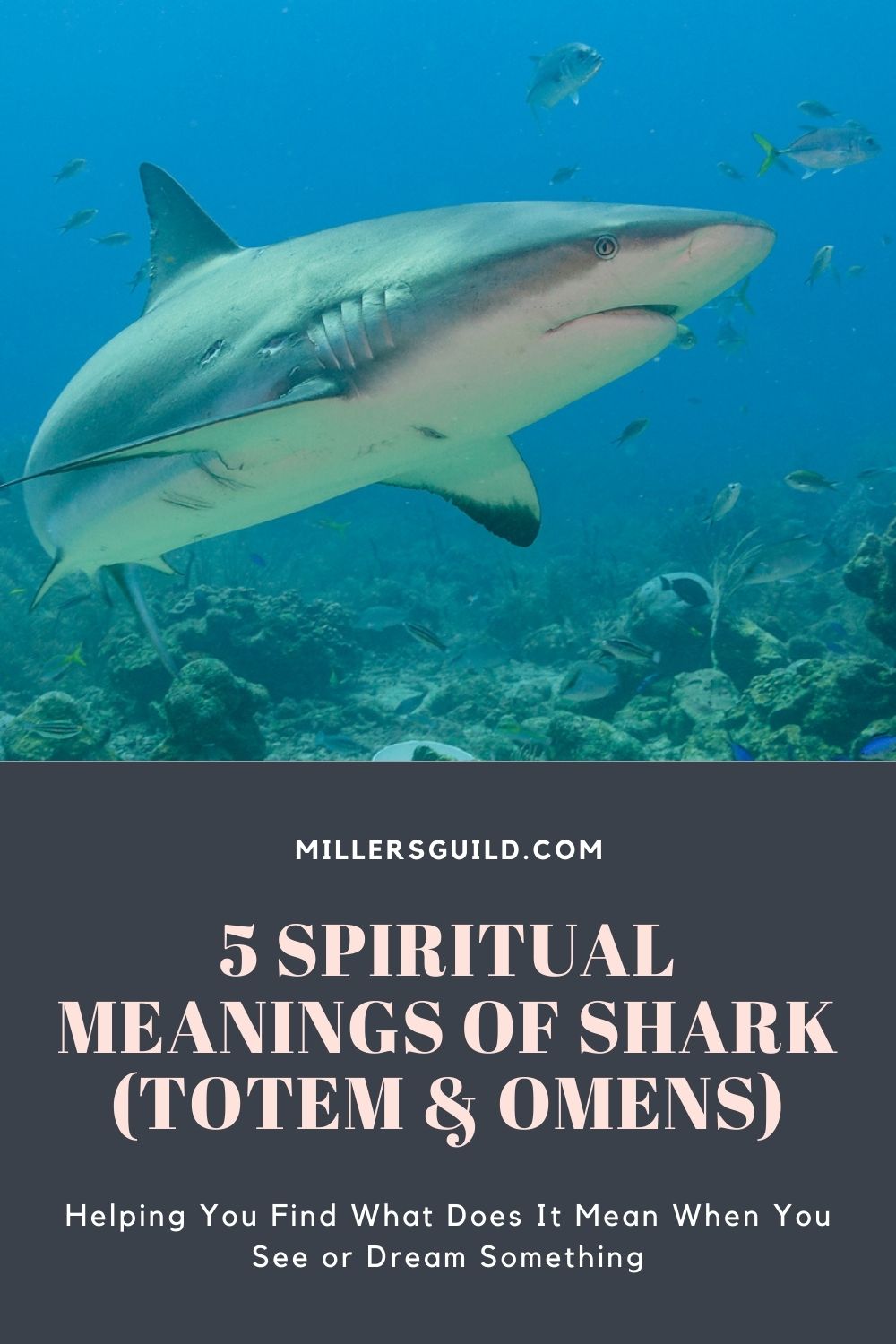