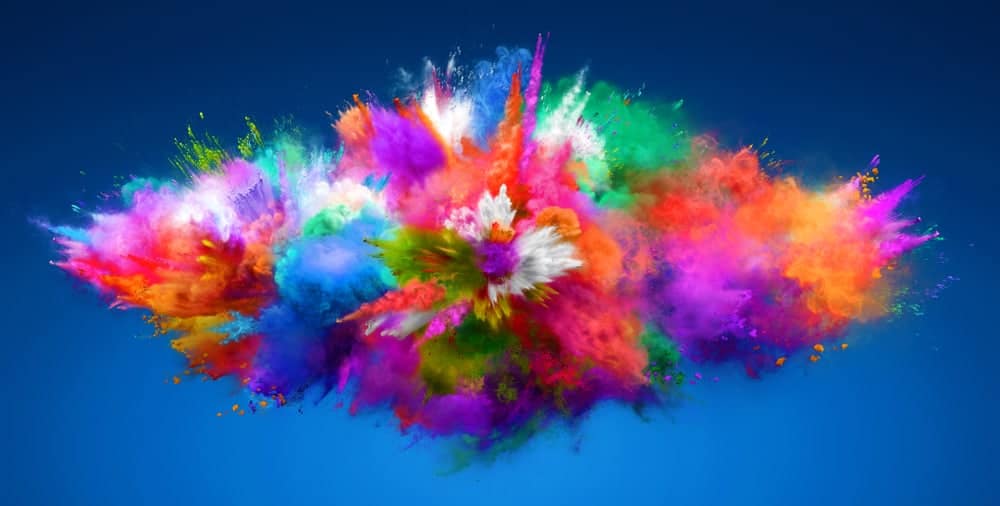 Every day, we are surrounded by colors. We choose the colors of the clothes we wear or the colors we use to decorate our homes, and marketing specialists also pay careful attention to which colors they think will make a product sell better.

Colors can have a powerful influence on our mood and energy, and each color has its own potent spiritual power. So for anyone who wants to know more, here we look at the spiritual meaning of colors and how they can affect your mood and spiritual energy. 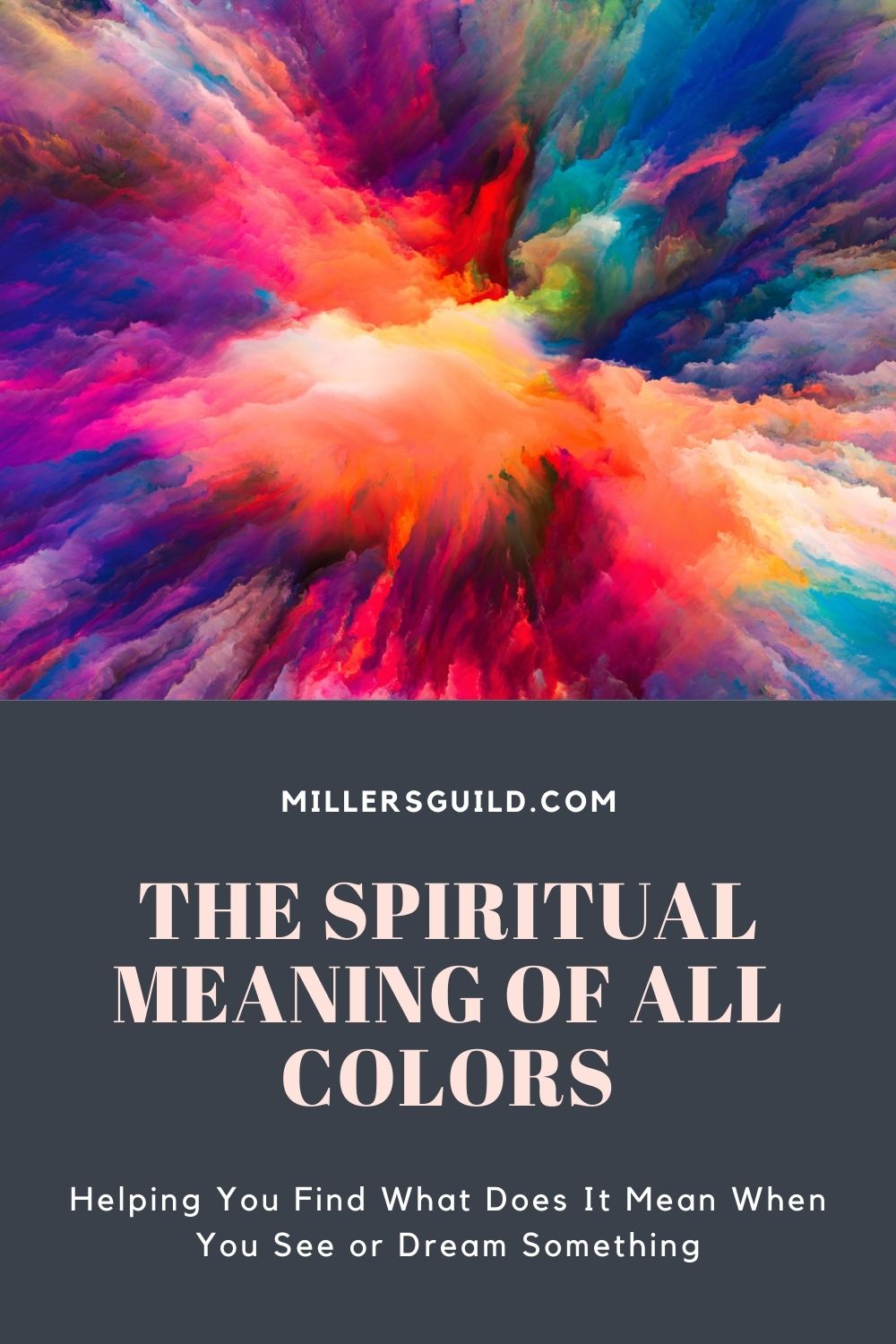 spiritual meaning of all colors

Red is a hot color that represents things like anger, passion and action. When we lose our temper, our faces flush red, and we can talk about the “red mist” or “seeing red” when people lose control and fly into a rage.

In the Far East especially, red is seen as an auspicious color. In China, wedding dresses are traditionally red, and at weddings, the custom is to give a gift of money placed in a red “lucky bag” to the bride and groom. Red means good luck, prosperity and happiness.

Red is also associated with healing, and many red stones such as rubies and garnets have long been thought to have healing powers. In Ancient Rome, children wore pieces of red coral to protect them from illness.

Another meaning of red is as a sign of warning. Red is the traffic light color used to tell motorists to stop, and warning road signs the world over are universally red.

Finally, red is the color of the first chakra, the base chakra, and is related to primal urges, fiery energy and sexual impulse.

Orange is a warm color that is mellower than red and doesn’t have the same burning heat. It’s a color that’s associated with thoughtfulness and creativity, and it’s also connected with abundance – think of juicy fresh oranges and apricots growing in warm and sunny lands.

It is a color of harmony, so using orange to decorate your home will help bring a calming balance to your interior spaces. However, at the same time, orange is also the color of adventure and is related to an extroverted personality type.

This is the color of the second chakra, the sacral chakra, which means it is connected to creativity, emotions and manifestation.

Some less positive associations with orange are that it is seen as the color of impatience and can sometimes also be seen as being superficial.

Yellow is a light, bright color that brings happiness and joy. It makes us think of sunny days, and it is the color of sunflowers and lemons, among other things, symbols of fun and carefree days in the sun.

This color also represents hope and courage, and bringing more yellow into your life is recommended when you need cheering up or when you want to boost your mood.

Yellow is also connected to intelligence and creativity, so adding yellow to your workspace will give you a boost in these areas too.

In Japan, yellow is closely associated with bravery, but in the English-speaking world, if you call someone “yellow”, it means they’re a coward – this is a great example of how color symbolism can be subjective and varies from culture to culture.

Yellow is the color of the third chakra, the solar plexus chakra, which means it’s connected to action, leadership and drive. Yellow is also related to the divine in many cultures – for example, angels and divine beings are usually depicted with yellow halos in Christian art.

The most important symbolism of the color green is nature and the environment, for obvious reasons – it is the color of lush forests and all things that grow.

Thanks to this association with nature, the word “green” has also become a synonym for words and expressions like “environmentally friendly” and “ecological”. For example, when we talk about “green energy”, we mean energy that doesn’t pollute.

Green also symbolizes fertility and vitality, and it represents prosperity – green is the color of money.

It is also the color of the fourth chakra, the heart chakra. This means it is connected to love, kindness, self-empowerment and wisdom – green is a color that has a calming influence and can help bring balance and peace to your life.

At the same time, green is associated with envy and jealousy, and it can also represent an overly materialistic lifestyle.

Blue is a cool and calming color that is associated with peace and tranquility, so if you are looking for inner harmony, increasing the amount of blue in your environment can help. This is particularly true of light blue or sky blue.

This color also represents trust, loyalty and honesty, and dark blue is also related to intelligence and intellect. Blue is the color of thinking about things in a calm and rational way to find the best solution.

Blue is the color of the fifth chakra, the throat chakra, which connects it to spirituality and especially the spiritual journey. It is also related to being yourself and not telling lies to yourself or to others.

You can tell just by looking at it that indigo is a special color, and you can almost feel the spiritual and psychic energy it exudes. It’s one of the colors that are most closely associated with psychic ability, and it’s also the color of the spiritual journey and seeking the truth.

Indigo is the color of the inner mind, and it’s also a color that’s connected with the ability to use and trust your intuition and instinctive judgement. It’s also related to perception and perceptiveness, both in terms of the physical world and the spiritual one.

With all this in mind, it will come as no surprise that indigo is the color of the sixth chakra, the third eye chakra. This is the chakra that allows you to glimpse the spiritual world and gain a higher level of consciousness through spiritual exploration.

Indigo is also a color of relaxation and reassurance, so increasing the amount of indigo in your surroundings will help bring extra peace and stability into your life.

Purple is a striking and powerful color, and like indigo, you can easily feel the energy it radiates so strongly. It’s also a color with an interesting history since it used to be an extremely expensive color to produce as a dye.

At one time, the only source of purple dye in Ancient Europe was a small mollusk found in Tyre, a trading post located in modern-day Lebanon – which is why the dye was known as “Tyrian purple”.

It took a huge number of these mollusks to create even a small amount of dye, so using it on clothes was beyond the means of all but the very wealthy.

This meant that the color came to be associated with royalty, and in Ancient Rome, it was considered the color of the emperor. Much later, in Medieval England, laws were passed forbidding anyone below the rank of knight or lord from wearing the color.

Purple is also a deeply spiritual color and is connected to both earthly and spiritual power. It symbolizes fulfilment as well as a high level of awareness of the universe, and it’s also connected to the healing of both the body and the mind.

The color of the seventh chakra, the crown chakra, is purple. This is the chakra that connects us to the spirit world and the universal consciousness. It can be a potent spiritual color, but for some people, this power can sometimes feel intimidating.

Pink is a gentle color that represents spiritual balance. It is a color that’s also connected to friendship and unconditional love, and it has a certain tenderness to it that makes people feel calm and at ease.

This color has some things in common with red, but it lacks the fiery passion of red and instead is a much more delicate version.

Pink is also most closely connected with femininity. It’s the traditional color for girls, and when a girl is born, the baby’s bedroom is usually pink and many of the clothes will be pink, although perhaps nowadays, these fashions are beginning to change.

Although brown may seem like a dull, boring color, it is the color of soil and represents nature and the Earth. This means it is associated with fertility and is also a color of healing. It is a gentle, wholesome color rather than being overtly powerful or flamboyant.

Brown also represents practical considerations and being “down to earth”. It’s the color of common sense prevailing over inflamed passions that are represented by colors like bright red.

This color is related to being grounded and taking the time to do things properly rather than looking for shortcuts and wanting everything to be finished immediately.

Gray can mean different things to different people. Like brown, gray is also seen as a boring color, and it certainly isn’t as attractive as vivid colors like green, blue, yellow or green.

However, gray is a serious color, and sometimes it’s important to get down to business rather than wasting time being flashy. Gray is a dignified color and represents being “business-like”, which is why so many businessmen choose to wear gray suits.

Another way to interpret gray is as representing compromise. Too many people see things as either black or white. They hold strong opinions and refuse to change their minds because they are unable to appreciate the nuances of a situation.

However, gray is neither black nor white but lies somewhere in the middle, so for this reason, gray can represent the ability to see things from other people’s points of view and be willing to adapt or change one’s opinions.

Black is a powerful color – if it can be called a color – and it has both positive and negative connotations.

It is the color of mystery and the unknown, so for those brave enough to explore, it can represent unknown spiritual knowledge that is waiting to be unlocked as you travel on your spiritual journey. Black is also connected to the unconscious mind.

This color also represents elegance, and it can also be a symbol of power and authority.

However, black is also seen by some as representing evil – which is why we talk about “black magic” – and it is also connected with pessimism and depression.

In Western countries, black is also commonly seen as the color of mourning, which means it’s associated with death.

White is associated with purity, cleanliness and the truth. The reason Western wedding dresses are white is that the color represents virtue, symbolizing the bride’s virginity. This is a custom that dates back around 2,000 years to Ancient Rome.

However, in China and some other East Asian countries, white is seen as the color of mourning. White flowers such as chrysanthemums are also used during funeral ceremonies.

Other more positive connotations of white include innocence and humility – but white is also the color of the flag of surrender.

Gold represents wealth and prosperity, and it has also been associated with royalty in many cultures around the world. This color also represents good luck.

Gold is also connected to the power of the sun and masculine energy.

Like gold, silver also represents money and wealth. It is also connected with the moon and female energy.

The spiritual meaning of colors can depend on which culture you come from, and interpreting what different colors mean can be highly subjective.

However, the colors we surround ourselves with are extremely important, even if many people don’t realize this, and paying attention to the colors in our lives can improve our mood as well as aiding us on our spiritual journey. 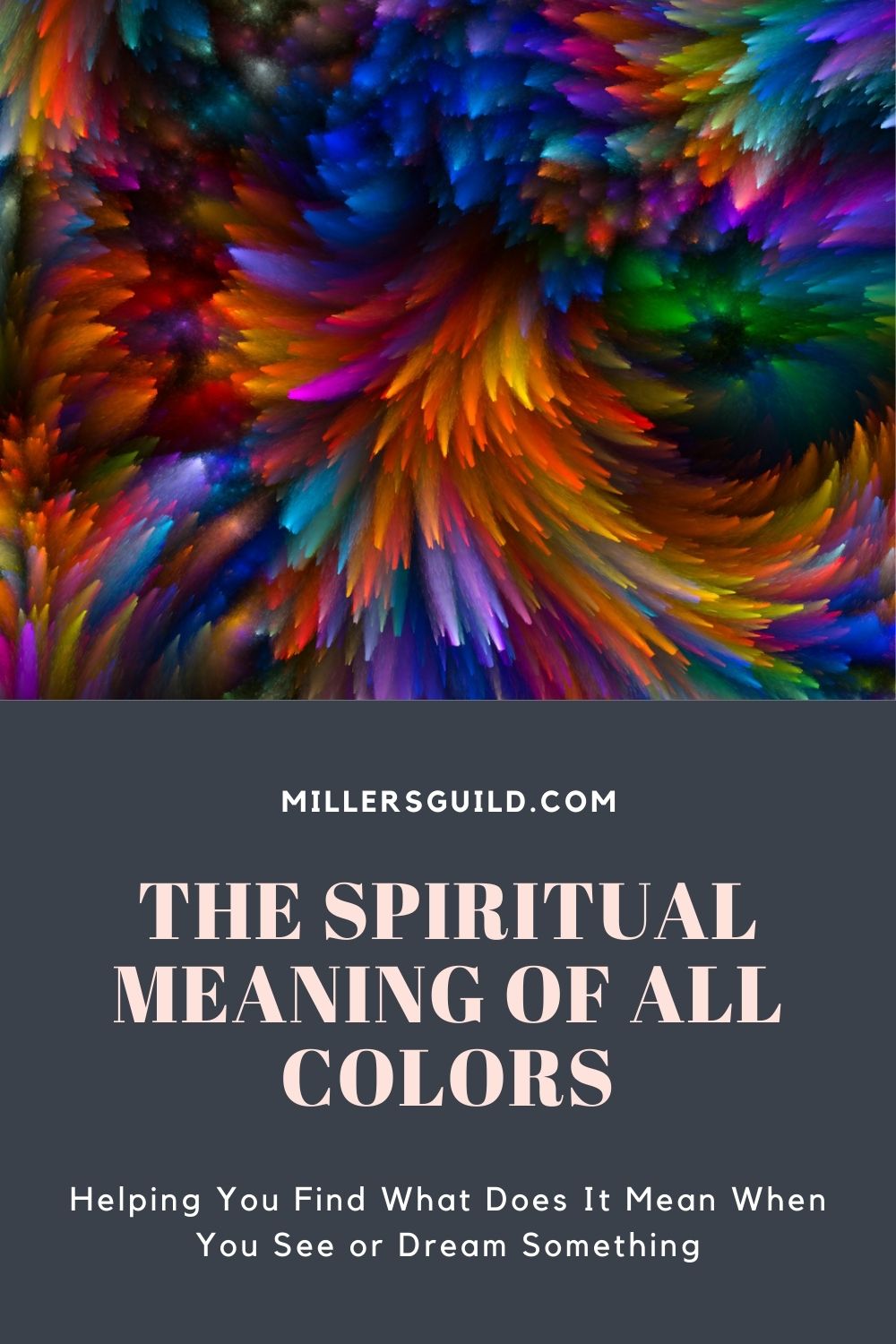