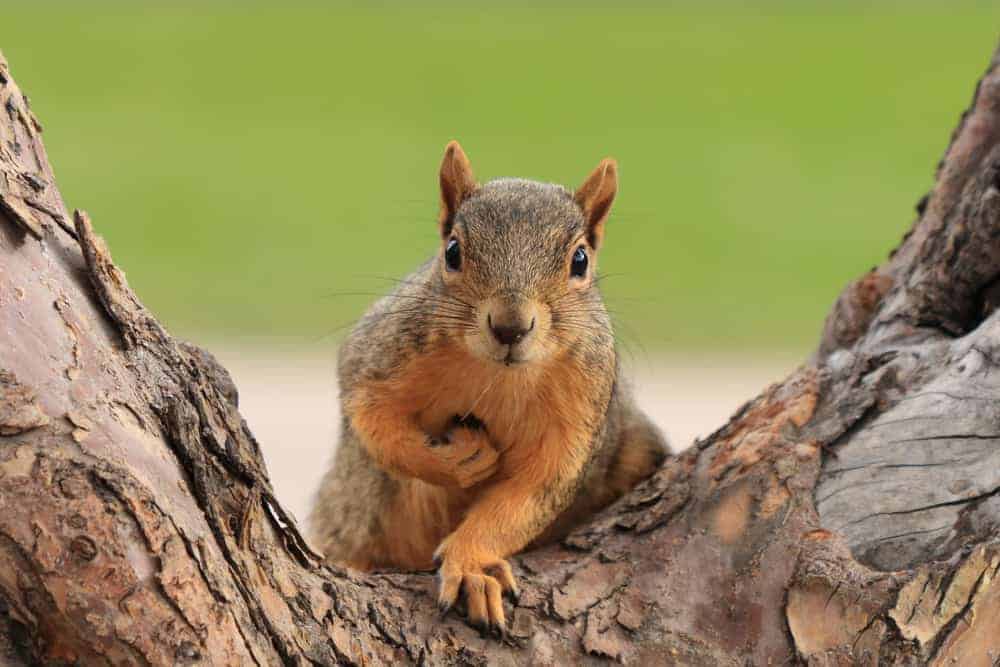 What does squirrel symbolize? Humans have extraordinary brains; they can articulate speech using words and sentences; they are indeed smart.

But sometimes, this intelligent species can also learn a lot from animals. They are cunning, have a phenomenal work-life balance, playful, resourceful. In short, they symbolize a lot of things. Read on to find out what squirrel symbolizes, its totem, spirit animals, and omens!

What Does Squirrel Symbolize?

Squirrels, though tiny creatures, display a lot of remarkable traits that many humans resonate with. So, what do squirrels symbolize? Well, there any many. Let’s look at such symbols one by one.

Animals such as squirrels and monkeys are notorious for their naughtiness. Yes, it might be annoying for us to deal with their tantrums and wrongdoings; if observed carefully, it is evident that they’re living life to the fullest. They’re having fun, and that’s what matters the most.

So, squirrels are often symbolized for their playfulness and child-like essence. Scientists have even found that such playful behavior in squirrels, especially young ones, helps them develop socially as well as other survival skills in life.

Squirrels are very provident. They forage throughout summer and autumn and hide their diligently earned food for winter. They further start preparing their home for winter during this period.

Thus, squirrels symbolize thoughtfulness and proper organization. One can learn from squirrels not to do anything with haste and be serious in planning and organization if you wish to complete the task successfully.

Like the kangaroo, squirrels symbolize socialization skills as well. They form groups and families and work in cooperation to forage and build homes to hide for winter. They play hide-and-seek and quarrel playfully the majority of their time.

As we’ve discussed before, squirrels are very sociable and play a lot. However, there’s a limit to everything. But squirrels have learned to balance everything perfectly. Whenever working, they work prudently and diligently. And then don’t miss having fun whenever they can afford to.

So, squirrels are symbolized for balance, a balanced approach to life. You can learn from them to give your all on important tasks, yet not forget to have fun at times.

You will rarely encounter squirrels resting. They hop on and off trees, run, or simply pass their times playing, chasing, or squabbling with each other. So, no doubt they are symbolized for energy, and those who have squirrel spirit animals are believed to be granted with energy to do better in life.

6. Messenger of both good and bad

In many tribes and mythology, squirrels are symbolized to be messengers. Squirrels, being social, are supposed to be the bringer of news, and they’re believed to gossip a lot.

Though small, squirrels are impressively resourceful. They are clever at working with what they have and take advantage of their surroundings the best.

Squirrels are also known to utilize their cunning skills in order to hide from their predators. So, it makes perfect sense that these play animals are also symbolized for their resourcefulness. 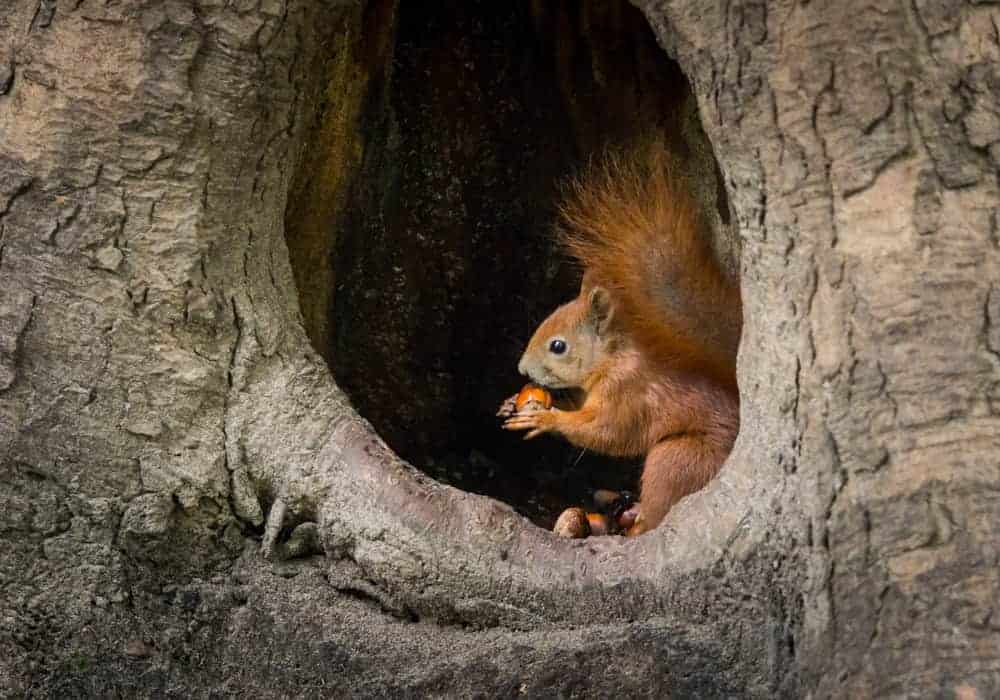 Squirrels are symbolized for their energy in most parts of Native America. Though they are small, they complete every task with much energy and noisily. They are considered very social, resourceful, and good planners.

In some Southeastern tribes, these small creatures are considered caretakers of the forest, whereas they are symbolized as messengers of bringing warnings to the community in the case of a few Eastern tribes.

In some Native American myths, squirrels are also symbolized for their fertility. It is not surprising considering the fact that they can give birth to a lot of babies at once.

Seeing a black squirrel is deemed a negative omen amongst Native Choctaws, as they believe them to be associated with a solar eclipse.

In other tribes, flying squirrels that do not actually fly but are able to glide a bit more than others are considered symbols of working hard and believing in our dream while not discounting the playfulness within us.

In Chinese symbolism, rats are associated with parsimonious behavior and business transactions. Though squirrels are not directly symbolized, they are considered tree rats in Chinese symbolism. They are further seen as smart and cunning animals.

Moreover, in Chinese society, these small creatures are also associated with playfulness and a child-like spirit.

The Irish Queen Medb had a squirrel emblem, which acted as a messenger of Gods. Squirrels are very social creatures, or rather too social, and are associated with gossiping and annoyances. So, in Celtic mythology, they are also considered to bring news and gossip from the world to other animals.

Having squirrels as your spirit animal helps you guide you through the tough times in your life. The stress that’s distracting you lessens, and you’ll end up accepting and experiencing pleasures in your life.

Sometimes, your squirrel spirit animal provides you with an abundance of luck and energy. However, you must be mindful and prudent, as the spirit animal is, and save the resources for the future.

If your spirit animal is a flying squirrel, it means that you’ll be provided good teachings in self-confidence, self-trust, and boldness.

If you have a squirrel spirit animal, it makes you very sociable. You’ll feel confident in social settings and building connections, which can prove to be beneficial in your career. It means that you’re a great learner who believes in learning by doing.

Further, you’ll be great at planning and preparing for big or small tasks in your life and find yourself being smart and resourceful whenever the situation demands.

Having a squirrel as a spirit animal might cause you to change your mind, often resulting in erratic behavior. However big the situation is, you might end up making last-minute decisions which can often be annoying.

Taxing oneself too much because of the need to do everything in an organized and planned manner can be quite exhausting. You might annoy others as well in the process or just over-exhaust yourself doing so.

Sometimes, the need to multitask can also burden you. The inability to do many things at once, despite the want, due to lack of the required physical or mental energy, can be frustrating. 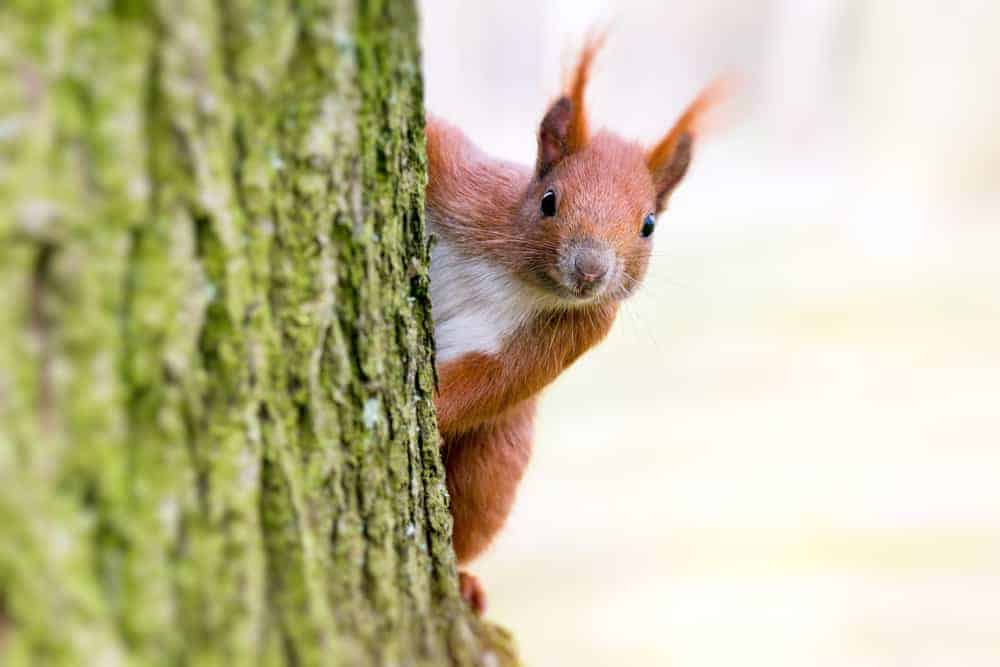 Those born under the squirrel totem are able to adapt to the situation with agility. They are highly energetic, and one of their issues is that they sometimes invest all their energies in one task, which might end up being totally unnecessary.

Having said that, sometimes, people with squirrel totems might have a hard time focusing on one task, as they are prone to erratic behaviors.

Moreover, such individuals are smart and charming. They know how to enjoy their life playfully, a trait which many might find endearing.

Seeing squirrels every now and then is a sign that you need to be more playful and relaxed. At the same time, it is also a call to be more provident. If the encounter is during the autumn season, it is believed that you’ll be granted a lot of energy and self-belief.

Likewise, encountering a lone squirrel crossing your path or running in front of your home is considered an omen of luck.

However, if you see two or more squirrels fighting each other, it can be a bad omen, indicating that there’ll be some sort of unhealthy competition or a fight between friends.

But if they’re running towards you while chasing each other, it can bring good fortune to your life, possibly in the form of love or friendship.

On the other hand, if you encounter a squirrel suddenly falling down from a tree, it definitely isn’t a good omen. It is a sign that you might lose love or money from your life or witness major or minor accidents during a large gathering.

When Should You Call On Your Squirrel Spirit Animal?

Squirrel spirit animals can guide you and grant you a lot of positive traits. So, if you feel like you resonate with squirrels these days, summoning them can be beneficial for you.

If you’re feeling trapped and having trouble finding ways out, the resourcefulness of a squirrel spirit animal might help you figure things out.

Likewise, if you’re worried about your future and there are many hurdles along the way, calling on spirit animals will help you figure things out as they are resourceful and excellent in preparing for the future.

Also, if you find yourself worrying too much and you feel that it’s time for you to let loose a little, call on squirrel spirit animals, as they are very playful and they know how to live at the moment. This way, you’ll be able to save your energy to focus on work that actually requires you to give your all.

To call on your spirit animal, first of all, pay attention to their traits, and ensure that they represent you. Then, before sleeping or meditating, ask your squirrel spirit animal to show itself to you and feel and embrace all the images you see and emotions you feel in the process.

Did You Dream Of A Squirrel Recently? Here’s What It Means!

Below, we’ve listed a few common squirrel-related dreams and their interpretations.

1. Dreaming of being attacked or bitten by a squirrel

If you dream of being attacked or bitten by a squirrel, it means that you’re holding on to something that isn’t yours. If that’s the case, you must return it as soon as possible to avoid further complications.

2. Dreaming of a flying squirrel

In the case you see flying squirrels or them hopping from one tree to the other, understand that it means that you need to be more organized and be aware of the surrounding around you.

3. Dreaming of a squirrel chasing you

Squirrels are often symbolized as messengers. So, it makes perfect sense to interpret a squirrel following you in the dream as some nosy acquaintance trying to pry too much into your life. It simply means that people around you might be curious about your actions and plans.

4. Dreaming of feeding a squirrel

If you dream of feeding a squirrel, it indicates that you might have to lean on others’ resourcefulness to complete a task. You might have to buy them off with their favorite items in order to get what you want.

5. Dreaming of playing with squirrels

Dreaming of being playful with squirrels means that you’ll soon experience relief and long-desired happiness in your life. You will resolve long-due conflicts and bring back the serenity and harmony in your life.

Seeing fighting squirrels in a dream presages a major or minor argument with your family members or coworkers. The disagreement will probably be due to business or asset-related items.

7. Dreaming of killing a squirrel

Killing animals in dreams doesn’t certainly make us feel good. However, if you kill a squirrel in your dream, it means that you’ll finally stand up to annoying people, who often take you and your generosity for granted, and put an end to their ungratefulness and blabber.

8. Dreaming of chasing a squirrel

If you’re dreaming of running after a squirrel, it signifies that whatever you’re running towards it your life might end up proving futile. You might possibly be chasing a fruitless ambition, which will, most likely, disappoint you in the end.

In essence, squirrels are symbolized for their balanced approach to life, resourceful preparation for the future, and ability to socialize. Likewise, seeing a squirrel in the dream can sometimes be positive news, whereas sometimes, it can be a warning for you to do better.

So, if you’re planning to summon this animal or just get a tattoo of it, we hope you got to learn a lot about this interesting animal.