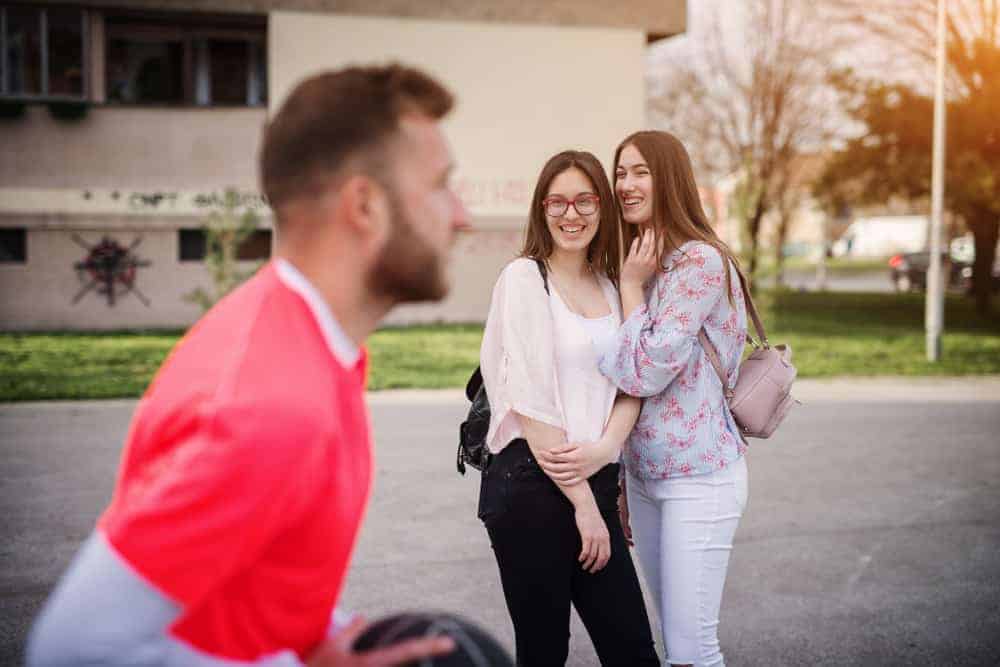 You’ve all heard this joke, or maybe you’ve seen it as a meme:

Q: What is it called when your crush likes you back?

But on a serious note, what does it mean when you dream about your crush? It could mean you fell asleep scrolling their social media feed, so no they’re in your sleeping brain. But it could have a deeper spiritual meaning too, so let’s look at a few possible interpretations. 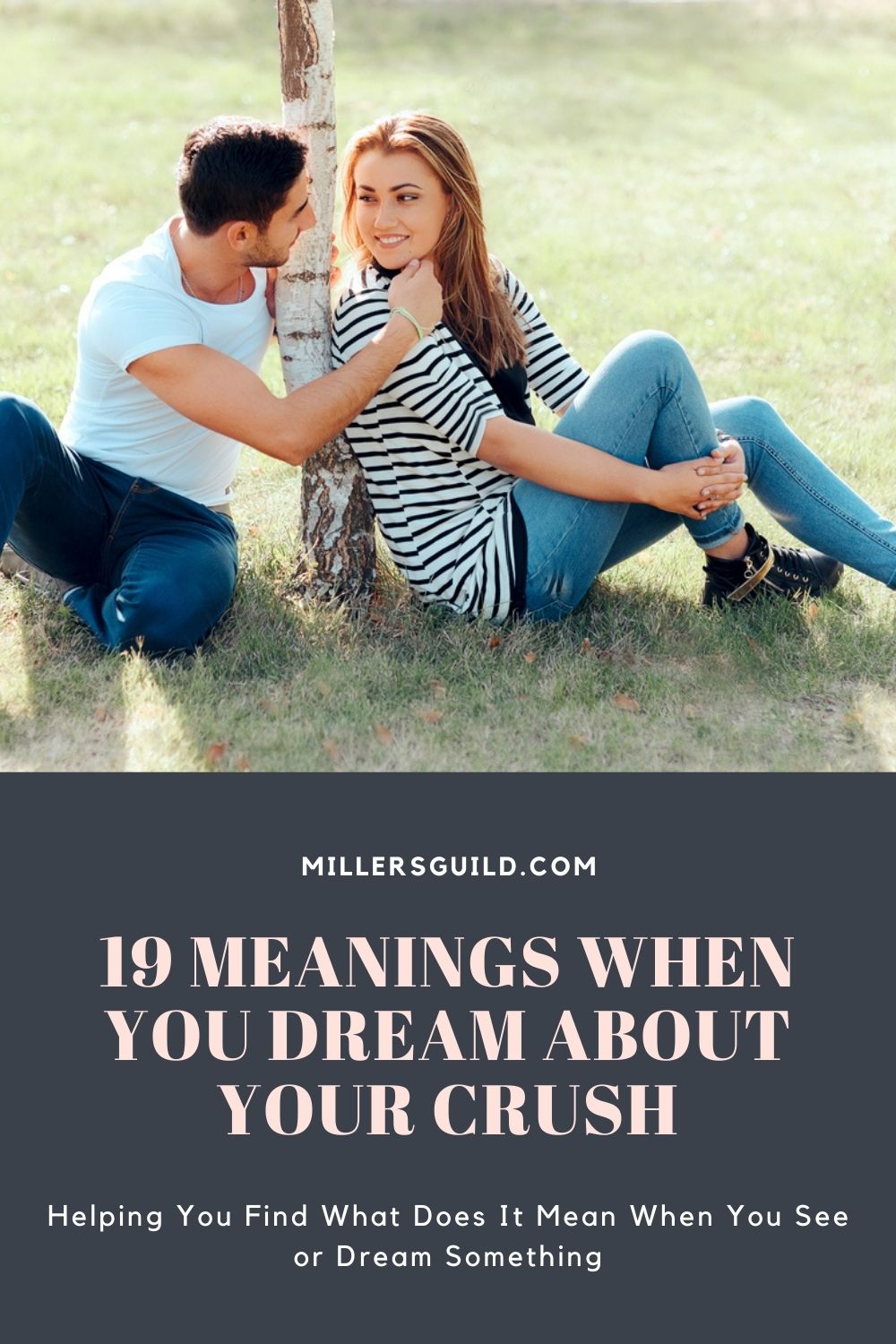 What Does It Mean When You Dream About Your Crush?

They say the best way to recover from a crush is to spend time with them. As a cynic once said, familiarity may not always breed contempt, but it takes the edge of admiration. After all, once you get to know a person, you’ll start to see their flaws and they don’t look so shiny!

But if you’re dreaming about your crush a lot, it means yes, you’re really into them, but it also means you’re exploring your feelings. You’re ready to tell them how you feel, but you’re troubleshooting all the things that could go wrong (or right) by playing them out in dreams.

Just like the joke says, most of us assume our crushes don’t know we exist. It’s just part of the crushing process, pun intended. So what does it mean when you dream that your crush likes you back and openly acknowledges it? You may even dream of dating or kissing them.

But this dream isn’t just about your crush. It means deep down, you know you’re worthy of love and admiration. Not just from attractive people, but also from bosses, parents, and the world at large. It means you’re confident about your values, skills, and abilities, and that’s hot!

3. You Should Probably Move On

You might have a different dream – one where your crush has died. This isn’t necessarily an omen, so don’t scare your crush by calling them up or asking their relatives whether they’re alive. It’s more likely a metaphorical message. In dreams, death is often a symbol of change.

So while your crush is probably living their best life, your feelings for them might be ‘dying’. Your angels might be telling you this person is wrong for you. Or maybe you can see that incompatibility for yourself. You might even be starting to like someone better suited to you.

It’s quite common to dream about your crush rejecting you, but what does it mean? A big part of having a crush is believing your beloved is out of your league. But when this plays out in your dream, you’re probably anxious about deeper things, because rejection hurts!

You may be afraid of failing an exam or messing up a job interview. You may be uneasy about your (lack of?) social skills or your attractiveness in general. Your self-esteem may be low and you feel unworthy of anyone, particularly your crush. So it may help to work on yourself.

Did you ever do that thing where you lost an opportunity and immediately started bashing it? You find the tickets to your favorite artist are sold out and you convince yourself that you’d have hated the show anyway. Or you tell yourself it’ll probably rain that day and ruin it.

This is what it means when you dream about fighting with your crush. Deep down, you know it’ll never work, so your dreaming brain creates arguments to change your waking feelings about them. Because you can’t admit you can’t have them, you fight them while you sleep.

6. You’re Struggling With Yourself

Another unsettling dream is when your crush ignores you, even though you’ve previously interacted. This could also manifest as a dream of fighting with your crush. In these two scenarios, your crush could represent an aspect of yourself, a characteristic, hobby, or habit.

It’s a part of yourself that you’re hiding, repressing, fighting, or trying to get rid of, but you’re doing it all subconsciously. So you ‘other’ this quality by making it about a crush. You may need to do some exploratory work to see exactly what it is you’re really struggling against.

7. You Have a Fear of Abandonment

This term gets thrown around so much it’s almost a cliché now. But abandonment issues go far deeper than casual rejection and are often rooted in childhood neglect. If you dream about your crush dating someone else, it’s probably an expression of deep loss and longing.

The dream triggers – and is informed by – your (mistaken) core value that everyone will eventually leave you and that you’re not worth being around. This is a tough worldview to shift, but it can hold you back from reaching your full potential, so consider working on it.

If you’re with someone new (or maybe you’ve just moved into a neighborhood or started a job), you might dream about an old flame. Sometimes, the dream isn’t directly associated with any novel experience. Maybe you just had a normal day then you dreamed about them.

This usually means something in your waking life has reminded you of that old crush. Maybe you walked past someone wearing the same perfume as your old crush or driving the same car. Or your current crush may have the same hairstyle or dress sense. It’s all about memory.

Would you walk up to a (hot) stranger and kiss them on a dare? Some people would – even without the peer challenge! But what does it mean when you do it in a dream? That attractive person represents something about yourself you hadn’t noticed, but that you genuinely like.

If you kissed a guy in the dream, it means you’re leaning into your boldness and masculine strength. If you kissed a girl, you’re finding your softness, intuition, and yin vibe. Assuming you both liked the dream kiss, this interpretation cuts across genders and orientations.

As we’ve just mentioned, you can dream about kissing a hot strange girl even if you’re not a lesbian. But does the dream have a different meaning when you’re straight? Not really, so don’t rush out of the closet you didn’t know you were in. It probably means you like softness.

Yes, there’s a possibility you’re discovering that you’re bi, pan, or omni, but it’s more likely you like gentler guys with ‘feminine qualities’ like empathy and warmth. For straight guys, it may mean you like assertive women who display ‘masculine traits’ like daring and brashness.

If you find yourself dreaming about a celebrity crush, consider making a pros and cons list. No, we’re not talking about the potential benefits and drawbacks of flying to Hollywood and expressing your love. We mean you should take a closer look at what you (dis)like in them.

Why does this matter? Because it’s probably not the celebrity themselves that you’re into. It’s something about them, like an outfit, a character trait, or a personality quirk. You want these things or qualities for yourself, and you can’t develop them until you identify what they are.

This is the most literal interpretation of a dream about your crush, and it’s possibly the scariest one. As Josh suggests, you could take Occam’s razor approach and just ask them out. After all, whatever else the dream was trying to say, this person is on your mind a lot.

So as Billy Ocean once crooned, ‘Get out of my dreams, get into my car.’ What’s the worst that could happen? Well, they could laugh and say no, and we said before that rejection does cause physical pain. But at least you’ll know you tried … it’s better than wondering what if …

Don’t panic, you don’t (necessarily) have a forbidden crush. It just means there’s something about them you’re subconsciously attracted to. Maybe you like how they talk, or how they do their hair, or how they treat their partner. You’re crushing on the character, not the person.

14. You’re Keen on Knowledge and Growth

A lot of us have experienced crushes on authority figures. This could be your pal’s parent, your teacher, or even your boss. Naturally, these are crushes you can’t act on (without getting someone fired or arrested, so don’t you dare!). But you can’t keep them out of your dreams…

What does this signify though? Well, dreaming about crushing on your teacher could mean you have a keen interest in learning things. It’s not necessarily about the subject they teach. It’s more about how they share knowledge and the fact they know so much. You like that!

And they often show affection and warmth, even if you’re a hugger that opens their arms to strangers. So dreaming about a hug from your crush probably means you’re vulnerable. You badly need TLC, validation, affirmation, even if this comfort doesn’t come from your crush.

Some people spend their whole lives in the house, village, or town where they were born. Others leave as soon as they can and get as far away as possible. And whichever category you fall under, you probably lost childhood friends when a family moved for better opportunities.

So what does it mean when you dream about a childhood crush? Especially if you dream of getting back together with them? No, it doesn’t mean they’re coming back to town. It means you’re about to receive good news or good luck, re-igniting those pleasant crush-like feelings.

17. They’re Thinking About You

If you have some kind of relationship with your crush, it’s possible you’ll cross their mind. This could happen if it’s someone at work, in your class, a neighbor, or someone you can expect to see in your waking life. They know that you exist, and probably know your name.

So if this crush pops up in your dreams, it could mean they’re thinking of you. They might have just mentioned your name in passing. Don’t vaguely say you dreamed about them. They’ll assume it was sexual and may take offense. If you must tell them, share the details.

This happiness doesn’t have to be a sexual thing – you just want to give them pleasure. But if it was your crush that started things up, it could mean there’s probably a psychological void that you’d like your crush to fill. You need to do some work and figure out what’s missing.

Dreams about crushes often have a sense of absence and longing attached. It invokes the feeling of wanting something you could never have. So consider how you felt during the dream. It’s common to feel elated or disappointed, depending on the situation in the dream.

But what if the dream leaves you feeling calm and content? This dream has very little to do with what your crush was doing in the dream. They could accept, reject, kiss, or hug you, but you still feel at ease. It means you’re finally at peace with past disappointments and failures.

When was the last time you had a dream about your crush? Tell us about it in the comments! 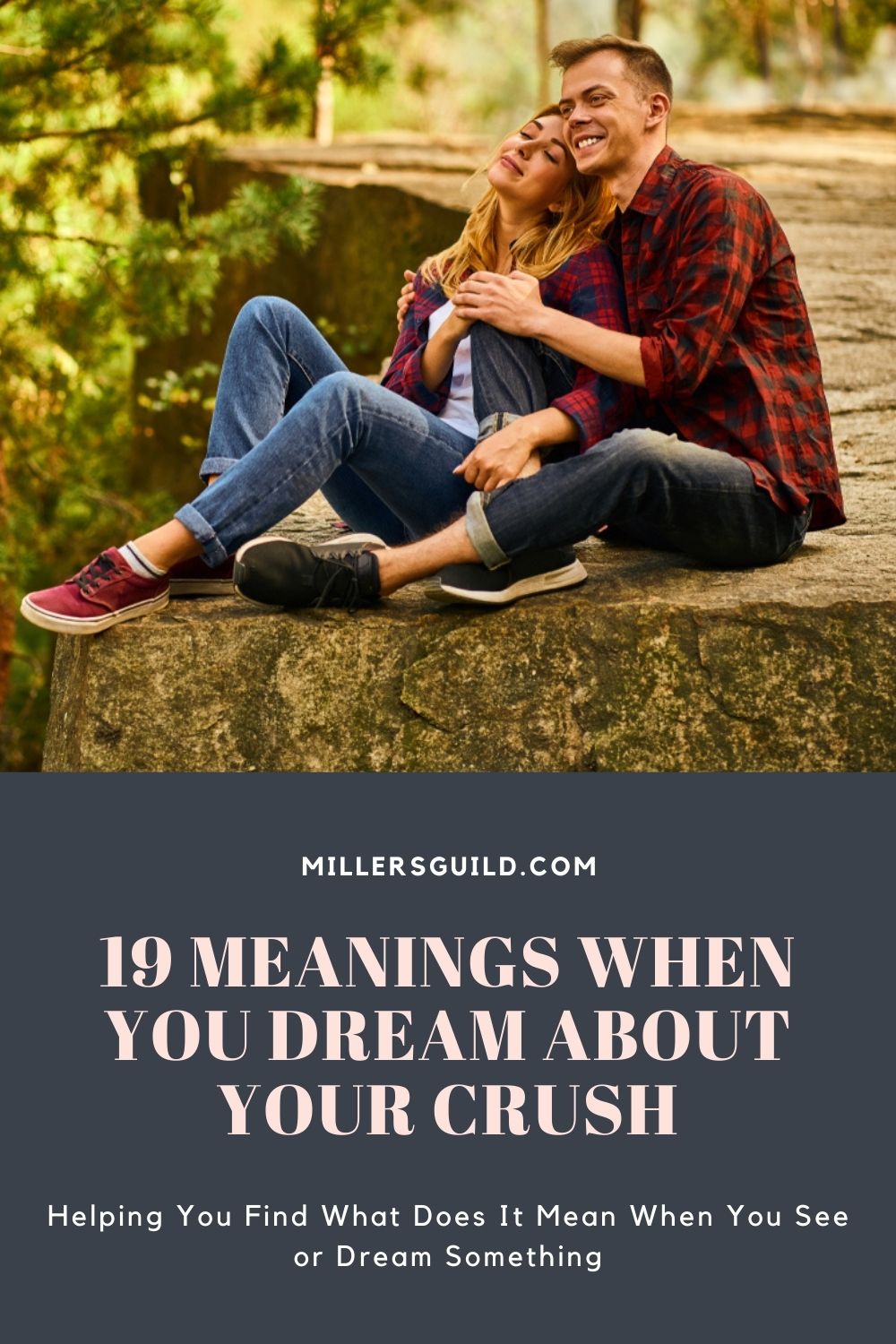 4 thoughts on “19 Meanings When You Dream About Your Crush”